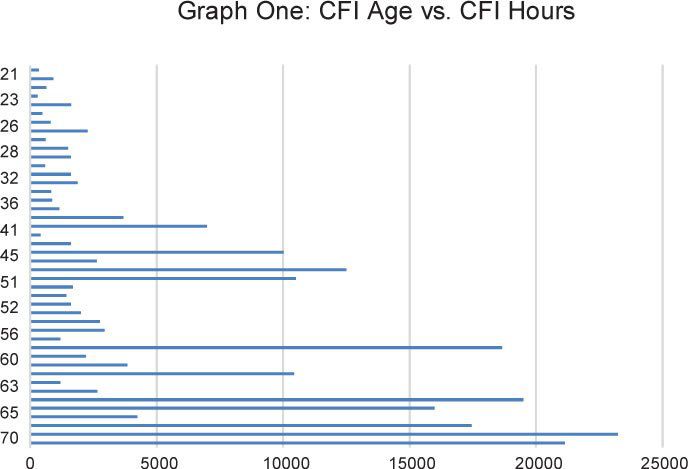 I agree with Clete Knaub’s overall conclusions in “Old? Or Young,” February 2015. I also agree with the comments on page 18 that there could be many other factors involved that could explain what is going on—confounding factors. There are known and unknown factors, and we don’t know how they impact the outcomes or how they might be correlated with each other, nor how they interact among themselves. It’s a classic multicollinearity problem

I found his treatment of confidence intervals (CI) wrong, however. Just to be sure, a CI is a way to bound uncertainty when estimating a population parameter such as a mean by taking a sample and calculating a sample statistic—the sample mean. Assuming that the sample is representative of the population, uncertainty still exists simply because the sample is small relative to the population. Therefore, a 95-percent CI for a sample mean is interpreted that the “real” population mean has a 95-percent probability to be within the interval and a five-percent probability of it being outside the interval. Sometimes CI is called the margin of error. What drives a CI is sample size and overall variation.

The 45 data points of “CFI Age” is not a sample; it’s a population of fatal training accidents 2007-2011, therefore the concept of CI does not apply. The mean of the CFI age is 44.4 years. My question is how did he came up with a CI of +/- 4.6 years (page 17)? (Additionally for statisticians, the standard deviation is 15.7 years and the data is not normally distributed.)

What’s missing in the whole study is answering the following hypothetical: Are the living CFIs—i.e., the ones who did not have fatal accidents—statistically different in terms of age, total hours and adjusted for factors such as type of instruction provided, aircraft flown, weather conditions, experience of pilot receiving instruction, etc., from CFIs that died in fatal instructional flights?

If there is a difference, that takes us down a path; if there is no difference, we take another path. I fully realize that this is much harder to question to answer.

By way of analogy, a study was conducted in WWII to understand where returning bombers were hit to make changes in design, reinforcement, etc. What should have been done (albeit nearly impossible to do) was to study the bombers that did not return. It is the same issue here—looking only at fatal accidents (returning bombers) without studying the non-fatal/successful instructional flights (non-returning bombers).

And by the way, I’m not a statistician. Thanks!

Thanks, Luca. As we noted in that article, the results of a brief look at CFI age data in the NTSB’s accident/incident database doesn’t tell us much by itself. The data certainly are provocative, however, and cry out for additional attention. We’re working on ways to look more closely at this and other questions.

Dave Higdon’s piece on Mitsubishi’s MU-2 in April’s issue (“Saving the MU-2”) reminded me of training I had years ago on the Lake Buccaneer. The Lake is a fine aircraft but must be flown by the book, particularly when doing step landings, glassy water landings and rough-water takeoffs.

Most pilots who tried to improvise ended up bending metal and contributed to the LA-4’s very poor accident rate. A factory training course (a mini SFAR?) had to be instituted.

Keep up your great work!

The LA-4’s pylon-mounted engine above the wing creates pitching moments opposite what many pilots have experienced. When reducing power, the nose pitches up, for example. The MU-2’s use of spoilers for roll control and their effects can create a similar need among pilots experienced only with ailerons.

I have been on an extended vacation, and it was only this week that I had a chance to read the February 2015 issue of Aviation Safety.

It is putting it mildly to say that I was shocked, dismayed and angered when I saw the sidebar to the FOD article that attributed the July 2000 crash of Air France Flight 4590 to the piece of metal on the runway that had fallen off a Continental DC-10. Whose misguided idea was that?

John Lowery’s article in the October 2001 issue of your own magazine very thoroughly described the series of maintenance and operational mistakes made by Air France that caused the crash. Yes, the French authorities blamed it on Continental. You didn’t think that they were going to put the blame on their own airline for leaving a critical part off the landing gear, did you? Or taking off over max gross weight? Or taking off with the CG past the aft limit? Or that they had never properly addressed the numerous tire failures that had plagued the Concorde’s operational history?

Also, as the article correctly pointed out, if the plane had remained on centerline and accelerated normally, it never would have come close to the metal part from the DC-10. I quote the words of John Lowery: “Although the suspect metal strip on the runway may have contributed, errors by Concorde’s crew, dispatchers, maintenance and management helped spell the end of the Concorde’s 25-year safety streak.”

Shame on you for perpetuating the lie that the French authorities have tried to put forth because they refuse to admit that they or their airline could be at fault. I am quite sure that there are many who have only subscribed to Aviation Safety since 2001 and are not aware of the truth about the crash of the Concorde. I hope you have the journalistic integrity to publish a correction in a future issue.

There’s no question a series of shortcomings resulted in Concorde’s loss, including in maintenance and operations. There’s also no question France’s BEA, its NTSB equivalent and the ICAO-designated investigative agency, found “during the take-off run the front right tyre of the left main landing gear was destroyed between V1 and VR, probably after having run over a piece of metal,” and that this was a precipitating event.