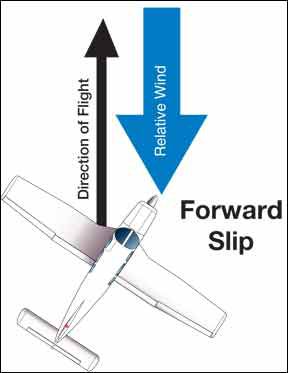 Though perhaps unintended, the results of Tom Turner’s survey of 100 CFIs concerning slips in the December 2011 issue (“Slips…Who Needs ‘Em?”) further reinforce my experience that instructors—and by extension, the pilots they train—generally lack a solid understanding of slip dynamics.

For example, the listed advantages of slipping focused mostly on stock answers: losing altitude, canceling crosswind drift. One respondent commented about fire. But what about the utility of slips and slipping turns for split flaps, jammed ailerons or a jammed rudder? Or asymmetric thrust events in twins?

The notion that slipping with full flaps can cause a loss of control and is prohibited in some aircraft was a recurring theme, as was tying an increased stall/spin potential to inaccurate airspeed indications and that spins/snap rolls were likely when stalling in a slip. It is important to clarify that “avoid slips with full flaps” as placarded in some Cessnas does mean that such slips are prohibited. And once and for all, we’ve got to move beyond the false idea that stalls and spins are tied to airspeed. Stalls are a function of angle of attack; spins result from excess yaw at the stall.

A sixth question on Tom’s survey might have been revealing: “Have you actually performed stalls while slipping?” I would be very surprised if the percentage of CFIs who would respond “yes” was as high as 10 percent. If more instructors had hands-on experience stalling in slips, they would find that “snap-roll spins” are not automatic. Depending on the airplane and how the slip is being managed at the time, airplanes might do one of three things when stalled in a slip, and only one of those is spin.

Also, the idea that, “It’s not a slip unless the rudder is at the stops” sends the wrong message. A full-rudder slip in a Cessna 150 is significantly less dramatic than a full-rudder slip in a Citabria or a Pitts. The point should be to teach pilots to dynamically apply whatever degree of slip is necessary to accomplish the task.

The letter writer is a Master CFI-Aerobatics, the FAA’s 2006 National Flight Instructor of the Year and a frequent contributor to this and other operations-oriented aviation publications.

Accidents Of Training
I’m writing to comment on the letter from Michael Leighton, an experienced CFI who believes basic piloting skills are more important than the scenario-based training advocated by Robert Wright, and Mr. Wright’s response (Unicom, November 2011).

I do not disagree risk-management techniques should be a part of flight training. But then I look at the accident summaries in the rear of the magazine, realizing not all the accidents occurring each month are reported. Including the iced-up Skylane in November’s Accident Probe, I count 16 non-airliner and non-MU-2B accidents.

Two of the accidents were airshow tragedies. A third was aerobatics gone bad in a Pitts. The B-25 accident appears to be mechanical. The Cardinal pilot—I guessed the likely cause before I read the end of the report—could have benefitted from a better checkout, a thorough reading of the POH, understanding the airplane’s placards or perhaps some scenario-based training.

The other 10 were stupid pilot tricks, mechanical problems or poor training in a light twin. I count five fatalities among them. The Cirrus pilot could have used more risk-management or scenario-based training. An instrument rating might have been helpful, too! He was the only fatality that might have been saved by a changed training paradigm in which thou shall not fly in IMC without an instrument rating—even in a technically advanced aircraft—is embossed on pilots’ foreheads.

And at our airport is a wounded Cirrus missing its nose wheel because the pilot lacked the skills to land the airplane safely or go around when the landing turned sour. Greater emphasis during basic training on operating an airplane relatively new to the pilot might have prevented that accident.

So the fatality count in this admittedly small sample was four for mechanical or stupid pilot tricks and one fatality where scenario-based training plus an instrument rating might have saved a life, plus the iced-up Skylane. As for the iced-up Skylane, it is hard to determine what type of training could have penetrated his thinking and prevented that fatality. He must have gotten away with such departures before in that type of weather.

Airplanes are machines. And even the allegedly technically advanced aircraft are not video games with wings. I do not think scenario-based training could have saved five of those lives. I wonder what training program Mr. Wright would design to prevent these fatalities?

Thanks for your comments, Herb. Readers should understand each month’s Accident Briefs are chosen for their educational value. Their  probable causes have not been determined and additional investigation may completely change the apparent conclusion. With those caveats in mind, we also went back to categorize them.

Of the 20 preliminary reports we ran in November, including air carriers, we counted eight possibly resulting from mechanical problems and another eight likely involving pilot error. We placed four into the unknown/aerobatic category, including the two airshow accidents.

Eliminating the four unknown/aerobatic mishaps, the remainder are split 50-50 between mechanical issues and pilot error. (Some of the mechanical problems may turn out to be pilot-related—for example, a functioning engine doesn’t often quit for a reason not involving fuel and/or misconfigured controls—and the air carrier mishaps were mechanical/other.) In our view, then, at least half of the GA mishaps involve some shortcoming in training: lack of skill, lack of judgment or both.

When considering “risk management” or “scenario-based training,” what’s really at issue is ensuring a pilot has the judgment to understand the consequences of his decisions. No, we can’t eliminate all pilot-related mishaps, but we can minimize with improved skills and judgment. In our view, improving judgment is what risk management and scenario-based training are all about. If there are other ways to meet this challenge, we’re all ears.