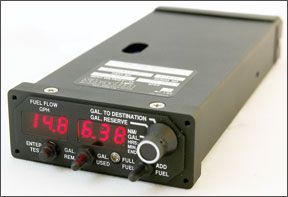 Regarding your article about fuel totalizers, we should not assume they are always precise without periodically verifying their accuracy. On every other fill-up, I write down what my Shadin indicates as the number of gallons used and compare it to the number of gallons required to fill up the tanks. I have found my totalizer indicates about two percent more fuel in the tanks than actually exist, and therefore will have to have the Shadin adjusted accordingly.

On another subject-noise-cancelling headsets-they have become so good that they cancel out most of the significant engine sounds of the aircraft. On takeoff, one of the most significant “early warning” indicators of an engine problem is “change of engine sound.” If we have cancelled out that sound, we have missed a “key alert” of trouble. Therefore, before every takeoff, I slide back my right headset ear cover so I am hearing the full and natural sound of the engine during the entire takeoff roll until reaching 800 feet, when I restore the headset to cover both ears. Then, and only then, I turn on the noise-cancelling circuitry. The take-off, being such a critical phase of flight (especially in my twin Baron), I want all the “immediate indicators” of trouble to be received loud and clear.

Thanks for your great work in producing Aviation Safety. In my 50 years of flying, I still learn something new every issue.

Our Shadin installation counts more gallons than actual, at about the same two-percent rate you experienced, but in the other direction. We like it that way, since on that really bad day when the totalizer shows the engine shouldnt be running, well still have a couple of gallons. Its never come close to that, of course.

In our book, noise-cancelling headsets are one of the best things since the airfoil. Weve found they actually enhance our ability to hear the sound of things going bump in the night, not hinder it. But we fly a single; your headset may not like being between your Barons engines.

There is a serious error in “Real World Steep Turns” (December, 2009) that could lead to the very unfortunate scenario which the author warns against: the spiral dive.

In the last paragraph on page 16, the author incorrectly states that “…descending…unloads the wing and relieves the g-load” and then further states, “If you bank excessively while trying to hold altitude, the wing may enter an accelerated stall.” These statements taken together may convince the reader with little understanding of the physics of aerodynamics that loads induced by high bank angles can be mitigated by descending.

The physics of the matter is that bank-induced g-load is in no way influenced by holding altitude, or (constant rate) climbing, or descending. G-loading is a factor of acceleration, either in terms offsetting the earths gravitational acceleration (commonly experienced as 1g “weight”) and/or applying other acceleration forces such as turning or (momentarily) entering a climb or initiating a descent. Once a descent rate is stabilized (and this takes only a few seconds) then 1g is re-established and bank angle will have the same effect in descending flight as it would in level flight.

To declare that descending in the traffic pattern unloads the wing and relieves g-load is an absurd statement as, in fact, all pilots should be experiencing essentially 1g flight in the pattern. In order to unload the wing, the pilot would have to accelerate toward the earth. If he is doing so in an attempt to mitigate the g-loading of a steep bank, he would be intentionally performing a spiral dive in the pattern.

Author Tom Turner responds: “Mr. Hunter is correct that bank angle does not directly affect stalling speed, despite what most of us infer when viewing the FAAs graph on the relationship between stall speed and bank angle that was reproduced in the article. As I wrote, stall speed is a function of the angle of attack that comes from g-load. In a normal traffic pattern, g-load does not increase even as we turn from base to final, because-if were doing it correctly-the added g-load created by holding the airplane level is erased by the natural descent we permit, i.e., as a consequence of descent, the g-load remains at “1,” so stall speed is not increased.

“Also, as I wrote, if the pilot resists that descent, increasing the g-load, then he/she may induce a stall by increasing bank angle. If the pilot combines this with uncoordinated flight, it can quickly devolve into an accelerated stall.

“The converse, as I also warned in the article, is to let the airplane descend too steeply, which makes an incipient spiral, with little altitude in which to recover, the biggest hazard.

The lesson? Fly known airplane configurations, power settings, bank angles and pitch attitudes every time you approach and land, to get safe, predictable performance. Make only small corrections as needed in order to fly the desired path to the ground, and unless intentionally slipping as a means of crosswind control and/or losing excess altitude without a speed increase, remain in coordinated flight at all times.

If the airplane diverges significantly from the norm or you feel you need to act overly aggressively to get it back on path, level the wings, remain coordinated, go around and set up for another attempt.

Thanks for reading, and for giving us the chance to readdress this deadly scenario.”

I was a little surprised by Mr. Pleisses comments in your December issue regarding my Learning Experience “Getting Down.” He obviously misunderstood the scenario. Further, if he is a Mooney pilot, it is he who needs to go back and review the POH.

For the record, the issue had nothing to do with “blazing into towered airspace.” Over the tower, my speed was about 100 knots, the aircrafts recommended downwind speed. The first real issue is I was 1000 feet higher than a standard pattern altitude when the tower turned me to base. The second issue is I was turned to base at midfield, leaving me with about 3000 feet of runway to work with. Even with gear and flaps down at idle power, that altitude quickly translates to airspeed when descending if you cant create more drag. Thats where slipping comes in.

Slipping is a very useful and approved technique for a Mooney. Mr. Pleisse is probably confusing something he heard about slipping Mooneys but never verified. The POH warns against prolonged slipping if you have less than eight gallons of fuel in the tank being used. I had more than eight gallons in the tank. If I had it to do all over again, I would probably not have tried to make the landing and, if I could have gotten in a word, would have told the tower I was going around as soon as they told me to turn base. Also, I failed to mention the tower and I were working with an eight-knot tailwind.

Tower controllers are long suffering and do a tremendous job under very difficult circumstances. Trying to manage commercial traffic with two-thirds of your runways closed while mixing large and small aircraft together has got to be extremely stressful.