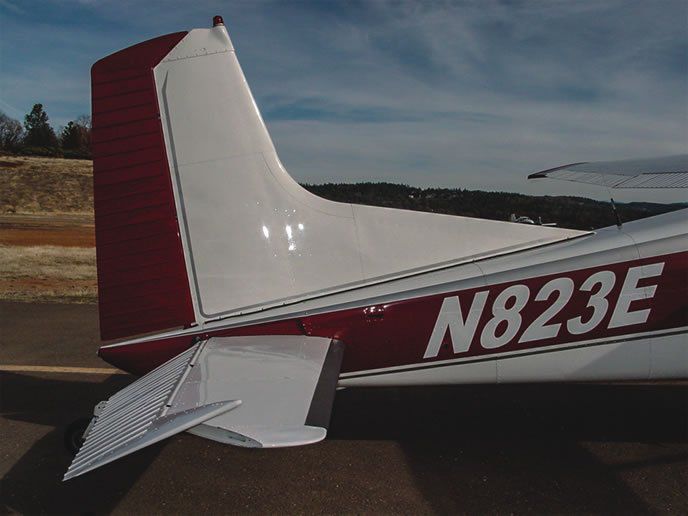 I thoroughly enjoy reading Aviation Safety and its professional articles. Having said that, I was surprised to read the questionable advice by Michael Banner in his article, Proper Rudder Use (October 2014).

In essence, his article is about countering a wing drop if it occurs at the point of stall. While most current training aircraft are designed so that the ailerons are effective below stall speed, pilot mishandling, faulty rigging and even icing can sometimes be the cause of a wing drop at the point of stall. At the low speed normally associated with a stall, the so-called pick-up-the-wing-with-rudder technique he advocates has the potential to cause a spin in the other direction.

Current certification requirements include stall characteristics that must be benign. For this reason, there is a published certification limit to the amount of wing drop permitted at the point of stall. If for whatever reason a wing drops markedly at the point of stall, the correct technique is simultaneously applying only sufficient rudder to prevent the downgoing wing from dropping further, lowering the angle of attack to unstall the wing(s) and then leveling the wings by normal aileron. Power should also be applied, especially if terrain clearance is a factor. The accent is on all actions being conducted simultaneously.

Deliberately skidding the aircraft by rudder in order to level the wings was never a technique used in certification flight tests and is a myth perpetuated over the years.

That articles author responds, The reader incorrectly asserts I advocate deliberately skidding the airplane with rudder in the opposite direction in a situation combining high angle of attack, slow airspeed, a nearly stalled condition and a lowered wing. That was never stated or implied in the article. An appropriate amount of opposite/top rudder pressure should be used, just enough to level the wings, while maintaining coordinated flight, in accordance with statements elsewhere in the article.

Using ailerons alone in this situation in an attempt to level the wings predisposes to a wing-tip stall and spin, in the direction of the lowered wing. The reader has confused the above situation with a rudder training exercise presented in the article which describes using the rudder only to turn an airplane, as to the left for example, in a skidding turn with sufficient left rudder pedal pressure to lower the left wing, and then carefully applying an appropriate amount of opposite/top rudder or right rudder pedal pressure in this example to level the wings to return to coordinated flight.

Young or old Instructors?
You probably have a lot of senior CFIs who are seething over the article in Februarys issue, Old? Or Young? I was as surprised as the author by the stats, but I dont know what they really say about the CFIs involved. Maybe what they really say is that older CFIs operate in a higher risk environment than the pups.

At 66, I fall into the senior category. Ive been flying for 47 years, including 36 years as an active CFI. I was a DPE for about five years and spent 29 years as an aviation claims manager. I have flown a bit less than 9000 hours, including 4000+ dual hours given in airplanes ranging from J-3 Cubs to Beech Barons. I have worked at a dozen flight schools ranging from a grass duster strip to a major university program and a large flying club. Several things occur to me as possible explanations of the data.

It seems that younger CFIs tend to be employed at the larger commercial or university-based schools. This means that they work in a far more disciplined, structured environment. These programs are run by senior people who control the training and the instructors. They stick to their syllabus and are governed by rules regarding weather, wind, etc. They are flying simple airplanes and they do not see many old or unusual types.

These younger CFIs are usually very current and familiar with the airplanes they fly, and the training fleet is composed of the same or similar types. They likely do more primary (including instrument and multi) training than flight reviews or aircraft transitions as a percentage of their total business.

Contrast this with an older instructor working at a small school. These CFIs are probably independent contractors, using their own experience to guide training. They probably do not fly as much as a university employee, and they are more dependent on flight reviews and aircraft transitions to keep busy. The small flight school owner is juggling many balls and cannot keep as close tabs on what the instructors are doing as the university professor or large school manager who has assistants.

The training airplanes may be less common and the fleet more diverse. These CFIs are going to see a variety of older and more complex (in the non-FAR sense) airplanes and so may be less familiar with the type. The people they fly with will be older and more likely already rated, and most senior CFIs will tell you that private pilots are much scarier to fly with than students! In short, we have fewer rules and more freedom to do dumb things.

The results of the data are a message to us seniors. We must establish and stick to a set of limitations about what we will do, when we do it, and what type of airplanes we will fly. This doesnt mean we abandon the creativity (born from teaching a variety of people) that is our primary advantage over younger CFIs, but we must keep it within those limitations. Decline business in complicated or old airplanes we dont know anything about. In short, govern ourselves.

We received several comments from readers on this article, and will run more of them in future issues as space permits.

Fiction Writing
Thanks as always for your excellent magazine. Mike Harts article POH Fiction in the December 2014 issue brought back fond memories of how I used to impress my friends by taking them up in our Robertson STOL-equipped Cessna 210, throw out all the flaps and gear, and fly shallow circles with the airspeed indicator needle twitching just above zero. You truly got the impression I had magically turned an airplane into a helicopter; we seemed to simply hover 2500 feet above the Malibu shoreline. The STOL kit also allowed us to get that big airplane into some of Idahos shortest backcountry airstrips with room to spare.

At other times we used that airplane for long cross-country trips and more than once got into significant turbulence. It never even crossed my mind that the mods had lowered our safe maneuvering speed-thanks for the insight.
Crista Worthy
Via email