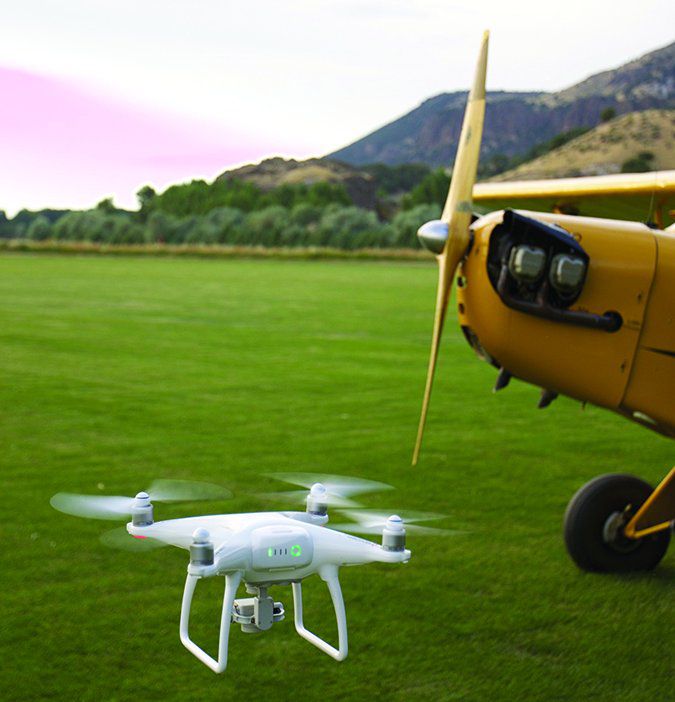 I want to thank you for writing a balanced and fair assessment about the threat of drones to aviation (“Where The Drones Are,” October 2016). Your article is perhaps the first rational discussion related to the dangers of these little plastic radio-control models. I have been a pilot for the past 22 years, and owned a Cessna 172 for the past 12 years. I would certainly hate to hit one of these things.

As you pointed out, the danger might lurk at low altitudes, and during landings and takeoffs the rules are usually adhered to as drone operators are becoming more familiar with the do’s & don’ts concerning their hobby. Besides being a private pilot, I own several “drones,” and I do adhere to the rules.

Again, thanks for the excellent article.

Thanks for the note. While there’s no question drones have been and will continue to be operated outside their “envelope,” the vast majority of them will be down in the weeds, where personal airplanes rarely need to be.

Great article on spin recovery (“Spin Recovery Failure,” Accident Probe, September 2016). Just a thought to add, for which I’ll stick to the airplane I know best, the PA-46 Malibu/Mirage family.

With rare exception, all of the most recent PA-46 accidents have involved stall/spins one way or the other. But in contrast to the idea that we should teach spin recovery, in all of these cases, recovery from the spin would not have been possible. All were low to the ground such that once the stall to spin happened, there would not be enough altitude to recover.

So in the end the only way to prevent these accidents is to recommit to teaching pilots to avoid a spin in the first place, not how to recover from a stall/spin once developed. Spin training would not in these cases have helped to reduce the accident rate.

Thanks, Jeff. I think we’re in violent agreement on spin-avoidance training, with the possible exception of how to go about it. For example, we certainly agree that it’s best to not enter a spin in the first place, regardless of whether or not we know how to get out of one. The trick is, until we took formal spin training, we never knew how close to entering one we could get without actually going around once or twice.

Not only were the spins themselves illuminating, but so were the steps necessary to enter them. Speaking as a single data point, the spin training taught us how much mishandling the airplane can take before a spin occurs. It also taught us the slight differences between a smooth transition back to normal flight, a “near-thing” and the real deal.

We don’t think spin training should be mandatory, but we do think it’s a useful item to have in any pilot’s toolbox.

I’ve been enjoying Aviation Safety as a new subscriber, though I thought I would write with some suggestions to possibly make the Accident Briefs column more enjoyable.

Instead of saying “fatally injured” can’t one just say “killed?” That is shorter and more direct. When the wind direction is mentioned, it seems like the runway orientation should be specified, otherwise it is not obvious why wind direction would matter.

These briefs also contain minor editing problems such as saying a “forced landing to a highway” rather than “onto a highway.” A bit more editing here would make these easier to read.

Thanks for the feedback. Of course, the material we use for each month’s Accident Briefs comes from preliminary reports assembled by the NTSB and, in the interest of consistency, we long ago defaulted to using many of the Board’s phrases and terminology. For example, it’s often not clear from the preliminary records if an outright fatality occurred or if the deceased was injured and succumbed days later. That’s a nuance, to be sure, and perhaps a distinction without a difference.