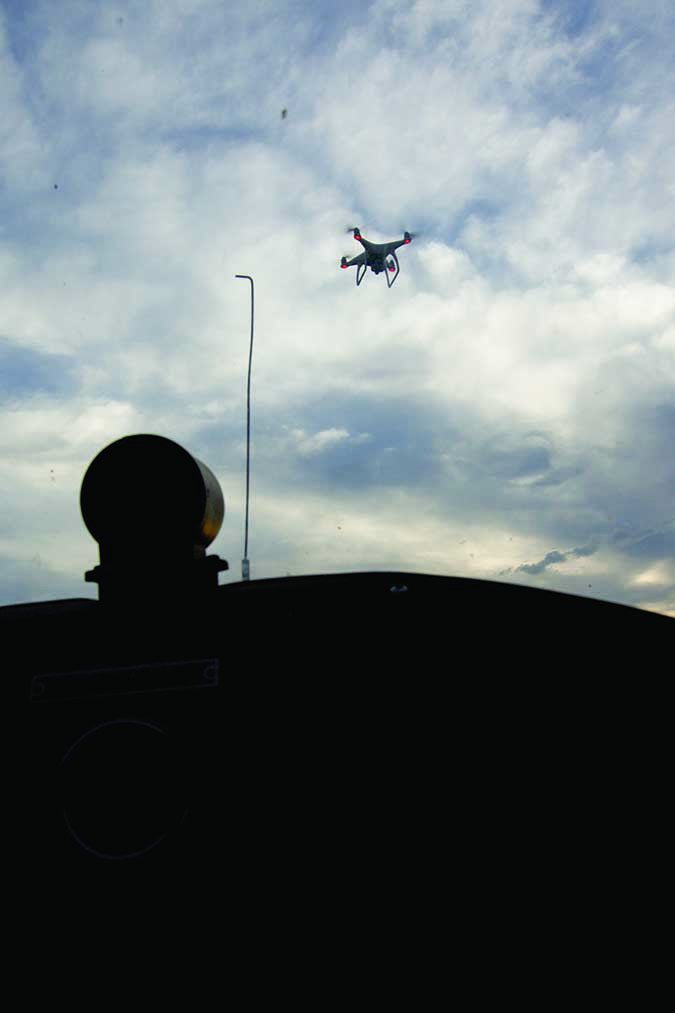 October’s article, “Where the Drones Are,” has no place in Aviation Safety. The very tone of it offends my safety senses honed over 59 years of private, commercial and military flying. “Think about where they are. Then don’t go there.” Silly. The entire article belongs in a Drones Today magazine. Mike Hart has rationalized his stance to suit himself. And don’t take a safety cue from the FAA on this subject, which notoriously rejects most recommendations from the NTSB following their accident investigations.

This current feeble attempt by the FAA to regulate these dangerous, lethal toys is far from over. The Joe Publics aren’t going to accurately discern Class G airspace, nor grasp what 400 feet looks like. They will never have the safety senses, nor appreciate aviation FARs, that even private pilots have learned to attain their rating.

Your article on braking (“Braking Action,” November 2016) came at the most appropriate time. My Piper Saratoga is going through its annual and it was brought to my attention that the brake pads were almost non-existent on the left side. Not one to brake particularly hard, I was trying to figure out why there was so much wear on my brakes since I just had them just done 11 months and 245 hours before.

Then I got to thinking about my habits. At our home airport, our run-up area is such that one has to make a 180-to-270-degree turn to run the checklist and then depart. When available, I also use the full runway to dissipate landing speed, then make a 180 to taxi back to my exit point. Can you guess in which direction I turn? I will start trying to remember to turn left on odd days and right on even days!

Another habit that I think I am going to eliminate is the “running” run-up. If I am making multiple flights each day, I may choose to run up the rpm as I am taxiing to the runway and do the magneto check and cycle the prop on the subsequent flights of the day. I may not be exceeding the 10-to-15 mph threshold, but to do so I am riding the brakes.

Now if I can just figure out why I am getting an “Alternator Inop” annunciation on my G1000.

With reference to the Quick Turns item, “Flight Plan Form Changes,” in October’s issue: As we go forward, we’ll need to start calling ICAO’s international flight plan simply “the flight plan” because that’s what the rest of the world have called it that for decades. But I’m fully aware that we have to distinguish it from FAA Form 7233-1, Domestic Flight Plan.

There are differences in terminology/wording, for example, departure point vs. departure aerodrome, estimated time en route (ETE) vs. total EET (estimated elapsed time), TAS vs. cruising speed (which could be a Mach number). These differences are easy to handle.

In my opinion, using G and B codes are superfluous because B is LPV with SBAS (WAAS) capability implying that a GPS (G) is required. But for the purposes of redundancy, let’s use both.

Most modern comm radios can tune frequencies with 8.33 kHz channel spacing, which currently is required only in high altitude airspace in Europe (Code Y). It would not be necessary to indicate that in the U.S. Further, I’m not sure we can file a performance-based navigation (PBN) code as they require FAA approval. The closet reference is AC 90-100A—maybe someone can interpret this for Part 91 (non 91K) operations. For general aviation, using the N number and CODE/ seems to be superfluous, not necessarily the case with airlines flying with flight numbers. And I could go on.

The bottom line is that all this will have to figured out exactly once, then applied to the new forms going forward. After the second flight plan, it’ll all seem normal.