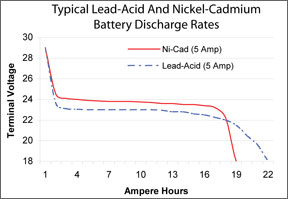 Terrific article about what to do in the event of an alternator failure (“When The Sparks Stop,” May 2010), right up to the part where the author says, “if you dont feel like its an absolute emergency, dont declare one.” He then goes on to say ATC will realize the seriousness of your situation, and provide extra help.

Only a small percentage of controllers these days are pilots, and even fewer are mechanics. If you dont tell him or her the seriousness of an alternator failure, the odds are the controller will treat it the same as if you said your XM Radio receiver quit: Boy, thats too bad, but no biggie. If your alternator fails, declare an emergency. It costs nothing, and could provide you with the extra help you might need.

In the event you declare an emergency, ATC will move other aircraft out of your way, or stop conflicting departures, or do anything you ask to help. In other words, ATC will do all the things the article says they will, but they wont do it unless you declare an emergency. The ATC system is set up as a “first come, first served” system, and about the only thing that interrupts that is a safety issue (such as an emergency).

Pilots are reluctant to declare, fearing enforcement action, I suppose, but in 25 years as a controller I saw many emergencies, and never heard of pilots suffering subsequent certificate troubles. I have seen accident reports that inspired the query: “Why didnt he tell us he was having an emergency? Then we could have done something for him.” Alternator failure in IMC is right up there with vacuum failure as a justifiable reason for declaring.

Imagine you dont declare an emergency, break out above minimums, and your battery dies then. You land without a clearance. Who do you think is more likely to get an uncomfortable follow-up call from the FSDO: the guy who told ATC he was in trouble, or the one who decided it was no big deal, his battery would probably last long enough?

Love the magazine. Keep up the good work.

Good comments, Brian. We screwed up and should have used that article as an opportunity to make your excellent points.

Correct me if Im wrong, but regarding the article “Asymmetry in Action” in the April 2010 issue: The artists rendering on page 18 shows no difference between a forward slip and sideslip. The sideslipping plane should be moving straight ahead, as right rudder is applied to get out of the crab.

Thanks for listening to my two cents, and keep up the good work!

Yeah; not our best execution of artwork to explain a concept. Well do better next time.

Yes, we often experience the mountain pass venturi effect on windy days in the Colorado mountains (“The Mountain Pass And Ridgeline Venturi Effect,” February 2010), but three comments on a great article.

Second, the decrease in air pressure, the false high of the altimeter, the loss of engine performance are identical whether approaching from windward or leeward sides. The difference is the perception due to the ground speed, and the reaction time a pilot has to make recognize his peril.

Finally, if a pilot is not experienced in mountain flying, it is best to rely on the old rule of thumb, and stay 2000 feet above the ridgeline. 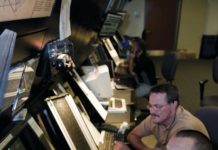