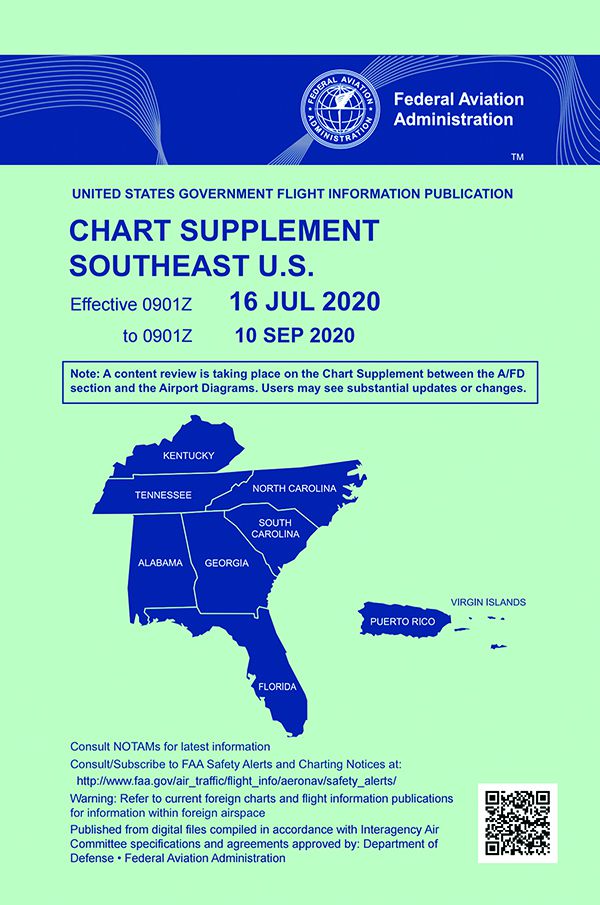 There was a time when the compleat pilot needed to maintain a subscription to the FAA’s Airport/Facility Directory in addition to sectionals, instrument charts and approach plates. The electronic flight bag application running on a cellphone or tablet has all but made the paper versions of these charts obsolete, yet a pilot sometimes needed to, say, choose a preferred route, look up a phone number or decode an abbreviation. That information was either missing from a typical EFB’s available charts or was a separate download. Regardless, it often wasn’t easy to find.

In 2016, the FAA renamed the A/FD to the Chart Supplement, but didn’t appreciably alter its contents. Now, according to an August announcement that expands on a note printed on each publication’s cover, the agency has undertaken the Chart Supplement Revision Plan, which “will eliminate redundant, duplicative and conflicting aeronautical information across the agency.” The FAA is cleaning up aeronautical chart supplements as part of an overall effort to modernize aeronautical information. It’s also working on modernizing the Notam system, as Congress requested in 2018 legislation (see the following news item).

The FAA expects the benefits from the modernization effort will include the elements listed in the sidebar below. Based on the agency’s objectives and expected benefits, it appears the Chart Supplement will be scaled down, with electronic versions including hyperlinks to other publications and internally.

According to the agency, “The Chart Supplement improvement activities are expected to be…completed by the end of 2021 and will ultimately be part of the Aeronautical Information Services Instrument Flight Rules/Visual Flight Rules (IFR/VFR) products. The digital version of the Chart Supplement will have enhanced features giving users a better experience for finding information throughout the supplement.”

According to the FAA, the expected benefits of its Chart Supplement modernization effort will include:

*Increased functionality by linking individual airport entries in the Airport/Facility Directory section to related items in the Special Notices section.

Meanwhile, as the FAA works to improve the Chart Supplement, it also has undertaken a modernization effort directed at Notices to Airmen, or Notams. The Notam modernization effort, at least in part, is mandated by the FAA Reauthorization Act of 2018 and previously enacted legislation known as the Pilot’s Bill of Rights.

According to the agency, its Notam modernization effort is being conducted with a phased approach. Its method is designed to:

• Create a single technology gateway to enter, process, and retrieve all Notam data, making it easier for pilots and other users of the airspace to access safety-critical information.

• Improve the presentation of Notam information; prioritize or highlight the most important safety information; and optimize data, technology and processes to help pilots find and retain the most relevant information.

• Ensure U.S. Notams are compliant with standards set by ICAO, which is not always the case.

• Align the Notam and aeronautical information systems under a single governing office with the authority to standardize and ensure compliance with FAA Orders and ICAO requirements.

As part of this process, the agency already has discontinued the PilotWeb site, creating a separate web presence as the Federal Notam System, or FNS, at notams.aim.faa.gov. The FAA also has retired the Notice to Airmen Publication (NTAP) as of June 2020. Pilots can access information previously in the NTAP through the Domestic Notices web site at tinyurl.com/SAF-Domestic and the International Notices page at tinyurl.com/SAF-International. And the agency says it has reviewed and removed over 600 permanent (“PERM”) Notams and made the necessary updates to charts and maps.

“Simplifying and reducing confusion about our Notam information and aeronautical data is incredibly important,” said FAA Air Traffic Organization Technical Training Director Abby Smith, who is leading the agency through the modernization plan. In addition to Notams, Smith’s office also is working to revise and consolidate the FAA’s Chart Supplement publications (the previous news item has some details).

More changes are coming to the Notam system. Sometime in Spring 2021, the agency expects to implement ICAO-standard formatting for certain domestic Notams, which will include International Civil Aviation Organization translations provided. Additionally, the FAA says the “quality of all current ICAO translations will be improved to conform to ICAO policy. This update facilitates the transition to pure ICAO NOTAMs in the NAS” (National Airspace System).

The FAA’s target for completing its Notam modernization effort is sometime in 2022. By then, it expects to publish and implement an ICAO-Compliant Notam Policy, to bring its Notam services into alignment with ICAO.  “In compliance with the new NOTAM policy, the Federal Notam System (FNS) will be updated to publish all Notams in ICAO format,” the FAA said. “Once implemented, the agency will have a single Notam repository with searching, sorting, archiving, and filtering capabilities, and with single machine-readable and human-readable interfaces.

Few pilots deny the existing Notam system is a hot mess, with a standard briefing for a cross-country flight bringing up hundreds of potentially critical bits of information. This may help. 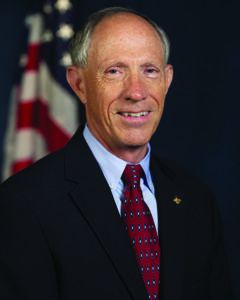 The NTSB announced in August that Vice Chairman Bruce Landsberg will continue to serve in that position for a new term of three years. Landsberg, who began a five-year term as an NTSB member on August 7, 2018, owns a Beechcraft A36 Bonanza and has more than 7000 hours total flight time. He holds airline transport pilot and flight instructor certificates, and he served in the U.S. Air Force. He also served as President of the AOPA Foundation and as Executive Director of the AOPA Air Safety Institute.

Among Landsberg’s priorities for his new term as Vice Chairman are improved weather forecasts and reduction of weather-related aviation accidents through practical and widespread in-flight weather reporting by pilots, plus a user-friendly Notices to Airmen system.