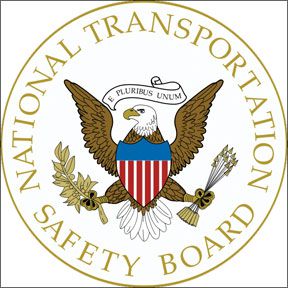 In early April, the National Transportation Safety Board (NTSB) released its preliminary 2009 aviation accident statistics. There is good news in the NTSBs numbers, which “show an overall decrease in U. S. civil aviation accidents.” Most of the good news belongs to those engaged in on-demand operations under Part 135, which achieved the lowest number of accidents and fatal accidents the industry segment has enjoyed in two

decades. Hats off to them.

But that good news is tempered once again (see “One,” in our May 2009 issue) by a dismal showing among Part 91 operators. And Part 121, scheduled, operators would have had a perfect year except for the February 12, 2009, crash of a Colgan Air Bombardier DHC-8-400 operating as Continental Connection Flight 3407 outside Buffalo, N.Y., which killed 50.

The NTSBs numbers show the total number of Part 91 accidents decreased from 1566 in 2008 to 1474 in 2009. Thats a good showing, and certainly is something to cheer about. But there were 272 fatal general aviation accidents, down only three-from 275-the year before. And, the accident rate increased to 7.20 per 100,000 flight hours in 2009 from 6.86 in 2008, resulting from a decrease in the number total of flight hours. In other words, due certainly in part to the overall economic decline since late 2007, were flying less, and flight hours dropped again in 2009 when compared to 2008. So the numbers should have been much better than they are. Same thing for fatalities: Although they decreased by three when comparing 2009 to the year before, the fatal accident rate increased from 1.21 to 1.33. See page 23 for a table adapted from the NTSBs preliminary data detailing general aviations safety statistics over the past 10 years.

Theres no question there are a lot of reasons for this, including those related to the economy. For one, we have fewer resources with which to train and practice, so pilots may not be as proficient as they should and could be. Also, we wonder to what extent, if any, some of these statistics were generated as a result of cutting corners-and costs-on maintenance. What about stupidly trying to stretch fuel, or even more stupidly pressing on into deteriorating weather instead of stopping for the night?

No matter the specific causes, we can and must do better. I, for one, refuse to accept the idea weve improved safety as far as we can. I also refuse to accept economics as a reason to do something stupid in an airplane, like run out of fuel or press on into bad weather because you cant afford a hotel room. Yes, on one level that means you shouldnt be flying-at all-if you cant afford to do it right. On another level, that means we as an industry may have to accept temporary downsizing until the economics improve.

The nature of GA means well never eliminate accidents, or risk. But the status quo the NTSB identifies-which really is a regression-isnt acceptable. We need to fix this before someone does it for us.