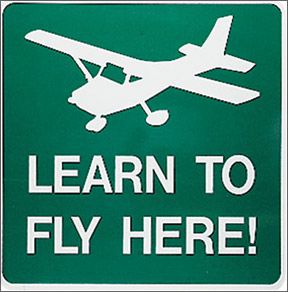 Thankfully, most of my operations are fairly routine, and not too demanding of my average skills. The trick, of course, is keeping them sharp and knowing when to avoid a situation demanding more than I have to give. Thats one result of being trained by older instructors instead of time-building youngsters and accumulating a bit of experience over the years.

But the average GA pilot these days hasnt had the opportunity to spend quality time with a CFI whos done much more than earn the instructor ticket. That CFI hasnt done much cross-country work, has little real-world IFR experience and often is motivated to play it safe and build time toward an airline job. Thats fine as far as it goes, and newly minted private pilots arent necessarily falling out of the sky, so that part of the system is working.

What doesnt seem to be working, however, is instilling judgment. Todays fresh private pilot assuredly can handle the airplane and manage its systems-including glass panels-but there seems to be a lack of downward knowledge transfer from veteran pilot to newbie. How else to explain the conundrum of safer, more-capable airplanes than ever along with a lack of improvement in accident rates?

Its easy to point to marketplace realities: There are fewer pilots and instructors than there were a few decades ago, and greater emphasis is placed on keeping costs down while meeting the letter and spirit of the FAAs written and practical tests. But theres also the effect brought about by the increased automation of todays airplanes. The information available via moving maps and in-cockpit weather is useless without some experience in evaluating and using it to make in-flight decisions. Its a self-denying prophecy: We cant make the right decisions without the experience, and getting the experience means we need to be making the right decisions.

Beginning on page 4, Bob Wright continues to tackle some of these issues from his perch as a former FAA executive in charge of, among other things, GA training efforts. I hadnt thought much about it, but his observation that our current training has its roots in the pre-WWII era is an excellent one. That era depended, in part, on the kind of grizzled veterans still available when I did my primary training but who are long gone now, replaced by the aforementioned time-builders.

One answer, as Bob points out, is emphasizing risk management early on. Teaching students to consider the consequences of bad weather, fatigue and pushing fuel requirements-as just three examples-should be as much a priority as acing the written. As he points out, courseware providers need to improve in this area, but other steps need to be taken.

So, Im asking: How to improve a new pilots risk-management awareness? Use the e-mail address in the masthead to the left to send us your suggestions. Well use them in an upcoming article on this topic.