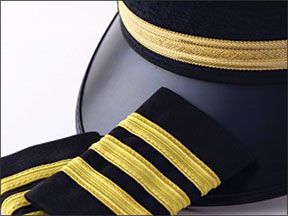 As you may know, Congress recently demanded and the FAA implemented changes to rules on the training and experience required before someone can become an airline transport pilot. The new rules go into effect August 1, 2014, and perhaps have created an unintended side effect: Since they impose additional requirements for the knowledge (written) test, if you ever wanted it, now’s a good time to knock out the ATP.

All of this came about in the aftermath of the February 2, 2009, crash of Colgan Air Flight 3407, a Bombardier Dash-8 Q400, while on approach to Buffalo, N.Y., in icing conditions. All 49 aboard the twin turboprop were fatally injured, as was a person on the ground. The investigation discovered the flight’s captain—who mishandled the airplane in icing conditions and exacerbated a stall, resulting in the crash—had a troubled training history, and failed various checkrides during his career. Congress, in its wisdom, passed legislation mandating the FAA tighten up requirements for the ATP certificate. Those are the new rules going into effect on August 1, 2014.

Perhaps the biggest change requires anyone applying for the written test after that date to graduate from an FAA-authorized training provider and receive at least 10 hours of training in a simulator, plus at least 30 hours of classroom instruction. The overall experience requirements haven’t changed; the FAA still requires an ATP practical test (checkride) applicant to have at least 1500 hours total time, including 500 hours of cross-country, 100 hours at night and 50 hours “in the class of aircraft for which the rating is sought.” Since the ATP isn’t worth much without a multi-engine airplane rating, that means puuting on as many as 50 hours in a twin for most of us.

Even if you never plan to fly for a commercial operator, it might be worth looking through your logbook to see if you have enough experience to meet these requirements, or are close enough that a few hours would put you over the top. You’ve got until July 31, 2014, to take the written, plus another two years to get through the checkride before the test results expire and you have to go through the FAA-authorized training provider to take it again.

As it happens, I have almost all the experience required to take the checkride, and am giving serious consideration to spending a few weeks—and more than a few hard-earned dollars—to add the ATP to my collection. If nothing else, this rule change may breathe new life into the market for piston twins, as pilots opt to knock out the ATP before the calendar makes it more expensive and onerous. — Jeb Burnside