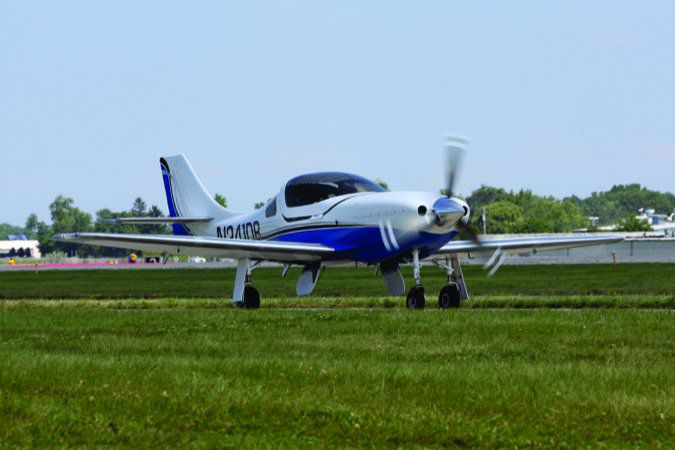 Most amateur-built aircraft today are constructed from plans or assembled from kits available from their designer, so they enjoy a level of engineering somewhat greater than if they had been dreamed up by a lone guy in his garage. There are those who would argue that to “experiment” means they can do things their way. However, the laws of gravity and physics are well-known, and there are no courts of appeal for those who fail to comply with them, whether through outright experimentation, shoddy workmanship or just plain ignorance. With all that going on, and given the increasing number of E/AB aircraft being certified airworthy and flown year by year, what about safety? After all, each example is a one-off, even if it’s built from a kit. And your local FBO isn’t renting a wide variety of E/AB aircraft you can evaluate and train in.

In its study, the safety board identified four broad areas of concern: airworthiness certification and flight testing of E/AB aircraft, availability and quality of transition training, guidance for purchasers of used E/AB aircraft, and limitations in FAA and NTSB data associated with them.

The good news is a significant reduction in accidents and accident rates has, in fact, occurred since the 2012 study. In 2013, then-NTSB Chair Deborah Hersman lauded the Experimental Aircraft Association (EAA) for what she termed “exceeding expectations and taking specific steps to improve safety” in response to the study. Late last year, EAA was able to highlight what it called a “four-year trend of decreasing fatal accident totals while flight hours and the number of completed homebuilts continue to increase.”

The FAA’s own numbers for the 12-month period ending September 30, 2017, “were 14 below the FAA’s not-to-exceed figure of 59,” according to the association (Figure 1, at right). “That is an even higher percentage drop than the overall GA fatal accident total, which finished 42 accidents below the FAA not-to-exceed figure.” Yes, accidents continue to occur, but not at the rates which engendered the NTSB study.

Those are the headlines. The story behind those improvements isn’t all that sexy, however: The EAA, its members and the E/AB industry as a whole—including the FAA, NTSB and general aviation’s alphabet soup—rolled up their sleeves and did it the old-fashioned way. It’s a tale worth telling, however, especially if you’re contemplating building or buying an E/AB, or even if you’re simply content to fly a mass-produced aircraft while learning how to improve the safety of your own operations.

– Structural failures have not been a common occurrence among E/AB aircraft.

– A similarly large proportion of E/AB aircraft accidents occur shortly after being purchased by a subsequent owner (14 of the 224 study accidents during 2011 occurred during the first flight by a new owner of a used E/AB aircraft).

The NTSB and FAA define loss of control as “an unintended departure of an aircraft from controlled flight.” Loss of control (LOC) can happen because the aircraft enters a flight regime that is outside its normal flight envelope and may quickly develop into a stall or spin. It can introduce an element of surprise for the pilot. Sadly, loss of control has been a significant factor in accidents involving amateur-built aircraft not only in the initial testing after construction, but also with second or subsequent owners not trained in the operation of the specific aircraft.

While LOC accidents occur in type-certificated aircraft, the causes are typically quite different than for amateur-built types, especially in their initial testing phase, which is non-existent among certificated aircraft. Consider that amateur-built aircraft may not have a stall warning system and may not produce any sort of noticeable physical warning of an impending stall, such as buffeting, sluggish control response, etc. There may be little or no warning whatsoever on that slow speed, high-bank-angle turn from base to final. In an instant, the plane is in a stall/spin, with no chance of recovery. Closely monitoring an angle of attack indicator, coupled with a quick reaction, can help to prevent an accident of this type (of which most are fatal.)

Initial flight testing is when many LOC accidents involving E/ABs occur. It is of utmost importance that a well-thought-out written plan for flight testing exists and is used, with contingencies not only identified but committed to memory prior to flight. Consider the initial flight testing phase is just that: A brand-new aircraft is being flown on its first flights. Problems are bound to occur and the goal should be to minimize risk as much as possible prior to flight by testing, checking, pre-flighting by a second individual and not rushing the process.

The good news is that the EAA and others fully recognize the heightened risks initial flight testing poses. For its part, the EAA has developed mentoring programs and documentation designed to ease a new builder through these first few flights. Groups organized around specific E/AB aircraft types also may be of assistance—their members already have faced and successfully completed their initial flight testing. Their experience and knowledge can be invaluable to the new builder.

A listing of the myriad ways pilots lose control can be quite lengthy; the section below highlights the ones that may be common to initial flight testing of an E/AB. Even if you don’t fly an E/AB, the question to ask is how many of these factors can be experienced in everyday flying of a store-bought airplane as well.

How We Lose Control

– Abnormal or emergency conditions and even simple distractions can result in the aircraft – departing its normal flight regime when the pilot loses situational awareness.

– Some aircraft may have more sensitive flight controls than a pilot is accustomed to, therefore requiring different technique.

– Pilot-induced oscillation may result from mishandling the flight controls, especially when faced with an abnormal operation.

– Fuel exhaustion or inability to supply sufficient fuel to the engine, especially on takeoff or initial climb.

The NTSB has determined that a significant factor in engine failures involving E/AB aircraft has been fuel starvation caused by insufficient fuel flow. The fuel system should be tested prior to first flight to confirm that it will deliver on the order of 150 percent of the required fuel flow at full power and takeoff attitude.

After the NTSB safety study, the E/AB industry and the FAA worked to address the issues it highlighted. Resulting policy changes regarding training and operation during phase one flight testing have proved of exceptional benefit to the community. One of those changes involve obtaining flight training in an E/AB, which had been problematic.

As noted by the EAA, “Letters of Deviation Authority (LODA)” from the FAA, authorizes instructors to operate their experimental aircraft for hire for the purposes of type-specific training.” The EAA, plus the FAA and the NTSB, strongly recommends “that all builders and new owners of experimental aircraft undertake a thorough transition training program before flying their own aircraft solo for the first time (during phase one testing or othrwise). Proper transition training is an essential first step toward safe operation of experimental aircraft and a key element in the continuing effort to improve aviation safety.”

In addition to the LODA process, the EAA has a mentoring program known as Flight Advisors. According to EAA, “The Flight Advisors program is designed to increase sport aviation safety by developing a corps of volunteers who have demonstrated expertise in specific areas of flying and making them available to EAA members who may be preparing to fly an unfamiliar aircraft.” Flight Advisors in most cases do not fly in the aircraft but can provide valuable information as to the operation of specific aircraft.

Another safety-oriented program is found in Advisory Circular AC 90-116, “Additional Pilot Program for Phase One Flight Test.” While the program at this time is restricted to certain aircraft (i.e., kit-built) and experienced pilots, it is a huge step forward in accident prevention.

I am convinced many E/AB accidents could be prevented if the proper precautions were taken and preflight testing and type-specific training accomplished. Training is a must: Not only is becoming familiar with the type of aircraft you are about to fly for the first time important, so is ensuring you have the skills and resources necessary to construct, assemble and maintain your experimental aircraft.

Experimental/Amateur-Built aircraft are a great option for pilots who wish to enjoy personal aviation while minimizing costs and maximizing fun and commitment. When everything is done right, they easily can exceed the “fun factor” and performance of a type-certificated aircraft. But they are different in many ways, and those differences may or may not manifest themselves in ways you expect.

Thinking of Buying or Building an E/AB?

It’s critically important to do your homework before committing to building an E/AB or buying a completed one. The place to start is with the aircraft’s mission: What do you really need, as opposed to what do you want? Do you have the time to devote to construction and are you willing to follow the assembly instructions and spend the money for special tools, equipment and training? Do you have the necessary skills to assemble or construct the aircraft, or even a place to do the work? Some other considerations may include:

– Is there training available, or is someone with the necessary skill set available to assist should I need help?

– Is buying a partially completed project a viable option?

– Once completed, will you be able to get flight instruction in it from a competent instructor familiar with the specific aircraft?

– Who will test fly the aircraft? Who will perform the condition inspection if you’re not eligible for a repairman certificate?

– If it’s a kit, are you certain the kit maker will be in business long enough for you to finish construction, so factory support and assistance are available?

– Should you use a certified engine/propeller or maybe something else, like a converted automotive engine?

– Where will you obtain parts and support for an experimental engine?

– Is there a builders/owner’s club for the type of aircraft you’re considering, and is training available for specific construction/assembly tasks?

– What about insuring your project during and after construction?

Be honest with yourself and get information from reliable sources, not just the hangar/pilot lounge expert. Select an E/AB that is within your financial, and construction and piloting-skill comfort zones. Remember: unlike type-certificated aircraft, there is no FAA requirement for an E/AB to conform to any specification, plan or kit instructions other than being in a condition for safe operation. While not inherently dangerous or outside the capability of most pilots, E/ABs are very different from the type-certificated airplane you may know.