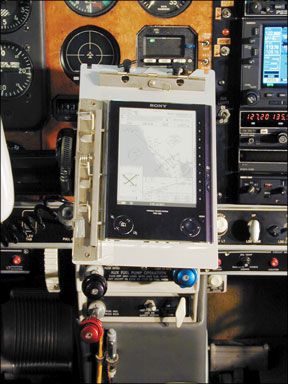 One of the things the FAA has done right in recent years involves charting. First, instead of standing by while the National Oceanic and Atmospheric Administration office responsible for aeronautical charts shut down its printing presses, the FAA established a new office to handle the work and took on the responsibility. Second, as electronic distribution became the norm, not the exception, the FAA made many of its products-including the all-important instrument approach procedure charts-available free of charge. The agency still has a long way to go (see the sidebar on page 10), but were all familiar with how it could be doing much, much worse.

Of course, if youre flying one of the new-generation glass panels with built-in electronic charting, all this may seem like old news. And, depending on what youre flying and how, you may not have a requirement for en route charts or terminal procedures in your cockpit. Its likely you still need some kind of paper references, even if your glass panel is the latest and greatest, and even if all its costly databases are kept current. The rest of us are on the look for a simple, cost-effective solution allowing IAPs and en route charts to be displayed electronically. Sectionals, too, perhaps. The degree to which any or all of this is possible depends on how much money youre willing to throw at the problem, and with how many downsides youre willing to deal. Lets take a look why.

Seamless, fully integrated electronic chart platforms come in two basic forms: panel-mounted and portable. The panel-mounted solutions, like Garmins GMX 200 (ne the UPSAT MX20), offer a choice of visual or instrument charting, can be zoomed in and out, and come with geo-referencing (overlaid GPS-derived position-finding) already in the box. There is no antenna or power cord to connect. Downsides include initial purchase and installation costs, and the expense to keep the databases updated.

Portable solutions are widely available. The most well-integrated portables include Garmins GPSMAP 696 and Bendix-Kings new AV8OR ACE. The 696s terminal procedure charts are not geo-referenced, however, while the AV8OR ACEs are. Even so, these two popular devices require stringing power and antenna cables around the cockpit. Other choices come from AVmap and Seattle Avionics, to name two. Both solutions apparently can be configured to include GPS-based geo-referenced charts.

Other solutions for displaying electronic charts in the cockpit depend on what you need-and what you can do without. Hardware historically has been perhaps the biggest hurdle, but there are an increasing number of handheld and tablet-size computing platforms available on the consumer market.

The handheld devices-which usually incorporate cellphone capabilities-all suffer from a significant drawback: inadequate screen size, at least for more mature eyes. Although they can be configured with additional memory, neither the hardware nor the software is designed for constantly displaying the high-resolution imagery associated with aeronautical charts. Any built-in GPS capability may not work at aircraft speeds, designed as it is for terrestrial use. Finally, third-party software-in addition to the aeronautical data or image itself-may be required to control or

display charts. Not even close to an ideal solution.

Tablet computers can be a different story. Several different models are available, offering different combinations of capabilities and form factors. Generally, these machines are fully capable computers, often including built-in networking and physical (in lieu of software-based) keyboards. Touch screens are the rule with this class of computer, and battery life should support at least a two-hour flight.

A GPS receiver rarely is included, however, and display screens are not designed for the bright sunlight often encountered in the cockpit. As with commercial electronic charting alternatives, cords for ships power and an external antenna can add to cockpit clutter. Double that if you must have an external GPS receiver.

Another drawback is price: Tablet PCs can easily cost more than a fully equipped desktop machine running the same operating system. In the bargain, the tablet likely wont be as fast or as capable, and its screen surely wont be as large. If youre a Mac-only person, good luck finding a tablet computer running the Mac OS.

Finally, if you choose to go this route for in-cockpit use, be aware youll need to upgrade the devices storage media to solid-state memory: A conventional mechanical hard drive isnt the best solution. Thats because mechanical hard drives, like the one you probably have in your desktop or laptop computer, are vented to ambient air and rely on a thin cushion of that air to keep their heads from touching the platters. This article isnt meant to be a discussion of hard-drive design, but that air cushion is the main reason consumer-grade hard drives are rated only to around 10,000 feet: Above that, the air cushion becomes too thin to prevent the heads from touching the platters and scrambling your data. The solution is a solid-state hard drive, which are more expensive.

One good thing about the tablet PC, however: Once on the ground, it can do other things. Since its a full-capability computer in a small package, you should be able to use it to obtain weather and pre-flight planning information via the Internet, or load it with digitized versions of your airplanes flight manuals and other data to facilitate performance calculations, for example.

An early e-book reader is the Sony PRS-505, pictured on the previous two pages. Sister publication Aviation Consumer recently looked at this device, configured with additional memory and a full set of terminal procedures from Reader Plates, and found it has drawbacks. Among them are its relative speed and inability to zoom in on a displayed chart. Instead of zooming, the PRS-505 using Reader Plates will split the terminal procedure chart into at least two pieces and rotate it 90 deg., requiring the user to rotate the unit, also.

The PRS-505, however, is relatively small, very thin and light, and features a crisp “electronic paper” display. Its battery life is phenomenal and the entire U.S. collection of terminal procedures, as published by the FAAs charting office and in the portable document format (PDF)-fits easily on the device.

Brand-new on the consumer market is Amazon.coms Kindle DX, which uses the same basic electronic paper display technology as the Sony PRS-505. The Kindle DX, a second-generation e-book reader, is substantially larger than the PRS-505, which is good and bad. Its good because it can display an approach plate full-size. Its bad because it will take up lots of room in the cockpit or flight bag. Also, its standard memory complement wont accommodate the full set of terminal procedures and the FAAs Airport/Facility Directory (the PRS-505 with additional memory can). Aviation Consumer also looked at this device recently, concluding its “the best plates-only solution” the magazine had reviewed so far.

Other drawbacks when using e-book readers in the cockpit include their generally sluggish response to key presses: Remember, these are designed to display text and limited graphics, not go scrolling through the entire collection of FAA approach plates. Downloading each cycles set of plates-especially annoying since few of them change from cycle to cycle-can take hours, even on a good-quality broadband Internet connection (dont even think about it on dial-up). If using an e-book reader in the cockpit at night, youll need to illuminate it since the electronic paper technology does not include backlighting. Also, theres no way to connect a GPS to an e-book reader, so geo-referencing is out of the question. Finally, theres also no way to display en route or sectional charts.

But an e-book reader-especially the smaller PRS-505-does have one thing going for it: You can put all U.S. terminal procedures on the thing, charge the battery, slip it into your flight bag and launch, knowing youll always have the right approach plate.

As the sidebar at left discusses, we recently acquired a Samsung Q1 tablet computer running Windows XP with the idea of using it as an electronic charting platform. Putting aside the short-sighted FAA policy on distributing its electronic terminal procedures discussed in the sidebar, we recently tried to use the Q1 on a trip as our sole means of viewing sectional and en route charts. It wasnt pretty.

After downloading most of the FAAs low-altitude en route charts and a collection of sectionals, we opened them on our desktop computer to verify the downloads and quality, then packaged up the whole thing and transferred it to the Q1. We didnt bother looking at the Q1 to see how it dealt with what are some rather large files. Big mistake.

We essentially were unable to view the low-altitude en route charts on the Q1, due presumably to the processing needed to render them. The FAAs low-altitude en route charts are available at very reasonable prices at the NACO Web site, naco.faa.gov, but the vector graphics in their PDF format basically crashed our poor little Q1. Meanwhile, displaying terminal procedures on the Q1 continues to be a good choice for us.

As a result of our admittedly limited experience with electronic charting, we can make some suggestions. First, the e-book readers can be a workable solution to the problem of carrying current approach plates for all the locations you may visit. They have their drawbacks, and you may want to print the procedures youre most likely to use. But they are a reasonable compromise, and easy on the wallet (a monthly download from Reader Plates, for example, is only $9.99, and free solutions exist from other vendors).

Short of a purpose-built commercial solution, however, were not aware of a good way to display en route or sectional charts on a portable device. What little experience we have with the GARMIN 696 and AV8OR ACE-along with solutions from AVmap, Seattle Avionics and similar companies-indicates they do the job quite nicely. None of the commercial solutions are inexpensive, however, at least in our view.

The thing is, paper is an ideal medium for charting. Its inexpensive, light (except when trying to carry a full set of charts for the entire U.S.) and easy to read. It doesnt require batteries or power cords and theres no chance of a software crash leaving you high and dry.

Whether electronic charting is ready for prime time depends on what else is in your cockpit. A full-blown glass panel with all the current bells and whistles should get the job done, presuming the operator knows how to use the magic. The rest of us probably need to carry some combination of paper and electronic charts.