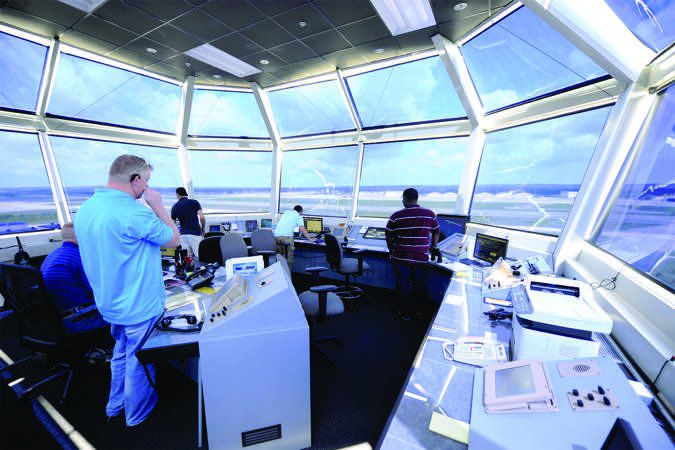 Editor’s note: This article is a companion to the one we ran in last month’s issue on VFR flight following, and attempts to fill in a few gaps in the big picture that space limitations prevented us from filling.

I was motoring home from New Orleans a couple of months ago, sliding eastbound along the shoreline, IFR at 9000 feet. After a controller gave me a frequency change for the next controller, I switched over and listened, which I always do when coming onto a new frequency. The first transmission I heard was a pilot saying something like “…and we have four hours of fuel aboard.” Hmmm. In my experience, it’s rare for anyone to talk about their fuel availability on an ATC frequency unless there’s an emergency in progress and ATC wants to know souls and endurance.

Sure enough, someone had used the E-word before I switched over and the controller was dealing with it. It turned out to be a Cessna 150 with a rough-running engine. The pilot—who sounded like he knew what he was doing—soon identified the problem as carburetor ice. He apparently cleared up the problem to his satisfaction and canceled the emergency, proceeding to his original destination. So what does this have to do with VFR flight following and why am I opening an article about it with this anecdote? Because the 150’s pilot likely wouldn’t have been getting assistance from ATC in the first place unless he was already “in the system” and receiving VFR flight following when the problem arose. Which highlights both the value of VFR flight following and the need to get the service and be in the system well before it’s necessary.

In fact, there’s not really all that much ATC can do to help a pilot with a rough-running engine. Yes, a controller can vector you to nearby airports, ensure you see the four-lane highway you’re about to cross, call the equipment and give you landing priority. But he or she can’t diagnose the problem for you, vector in a KC-10 tanker to pump more 100LL into your tanks or replace the cylinder when your engine swallows a valve. There are, of course, other airborne emergencies for which ATC can be the difference between a bent airplane—or worse—and a controller being awarded a “save.” Weather probably comes to mind first, as does pilot incapacitation.

Even though ATC can’t fly the airplane for you in an emergency, there’s huge value to common flight operations from obtaining, using and keeping VFR flight following. Traffic advisories are what many pilots are likely to think is flight following’s primary benefit—and they’re right—but the service comes with other bennies, too. The FAA’s Air Traffic Control Order (JO 7110.65W, at paragraph 7-6-1) and the Aeronautical Information Manual (paragraph 4-1-18) both define basic radar service for VFR aircraft includes safety alerts (see the sidebar on page 8), traffic advisories, limited radar vectoring (on a workload-permitting basis) and sequencing (at locations where procedures have been established).

At first glance, that’s a relatively short list. But when you think about it, those four items cover pretty much everything a VFR flight needs, and is almost what an IFR aircraft receives in the way of service. Some rules apply. First, the VFR aircraft must be able to communicate with the facility, be within its radar coverage and be radar identified. Second, in no instance is ATC’s authorization to fly a recommended vector also authorization to violate the FARs. Assistance provided presumes any navigational guidance issued is advisory in nature; the responsibility of flying the aircraft safely remains with the pilot.

Third, ATC can’t know whether a certain vector will lead a flight into instrument conditions. Pilots—especially VFR pilots—must decline a vector into IFR conditions and advise ATC when weather prevents flying the recommended heading. Fourth, you normally need to request a vector away from terrain or another aircraft, but ATC may also suggest one—especially if it’s necessary in the controller’s judgment. Vectors also may be provided when a special program has been established.

Start On The Ground

One area in which unfamiliar pilots often fall down is how and when to request flight following. By far the easiest for both sides of the mic is when the pilot requests the service when talking to the ground controller at a towered airport. Depending on the facility, the controller will issue a squawk code and the frequency to use for the service once airborne. Switch to that frequency when told to by the tower once you take off. At some towered airports, the local controllers don’t have the ability to issue a squawk code, and they’ll tell you so in response to your request. In that event, they’ll give you the frequency to use once you’re clear of their airspace.

This method of obtaining VFR radar services is preferable to all to concerned. For the pilot, he or she usually will be cradled in ATC’s loving arms from the moment the brakes are released until landing at the destination, being terminated by ATC for workload reasons or simply because you flew beyond a facility’s coverage. For ATC, the benefits are similar, and no controller will have to deal with putting a VFR aircraft into the system when it’s already airborne.

Of course, the majority of us don’t fly from towered airports, so we have to get airborne and high enough for radio and radar coverage, both of which are land-based and both of which rely on line of sight to work. In that event, as we discussed in May’s article, pilots need to know which facility to call and the frequency to use. It can be a terminal radar approach control (Tracon) serving a nearby major airport, or it can be an air route traffic control center (ARTCC), which covers larger, multistate geographic areas. Depending on the region and the facility, the frequency will be printed on local charts. But too often, you’ll have to dig it up from other resources, like an approach plate for the airport you just departed or its entry in the Chart Supplement, formerly known as the Airport/Facility Directory.

By far the best place to go for information on which frequency to use and which facility to call is your friendly neighborhood flight instructor. You might even want to schedule some dual with him or her and do a short flight somewhere with the benefit of VFR flight following to get a feel for how to do it and what to expect.

Losing It, Getting it Back

Finally, one of the realities of VFR flight following is that it’s provided by ATC on a workload-permitting basis. As we discussed last month, that means the service can be terminated when the controller feels his or her time is best spent serving other aircraft, usually those operating in the area under IFR. When that happens, you have two options: continue without it or wait a few miles and try the next sector.

The best solution is to ask the controller terminating your service for the frequency of the next facility or sector you’ll encounter. If they’re feeling guilty, they may suggest you keep your squawk code and contact the next controller in a few miles. Regardless, once ATC terminates VFR services, that’s all you can do until you’re in a different controller’s airspace. If the previous controller didn’t give you a frequency, use the same tools you’ve acquired to find the next one along your route of flight and start the process all over.

Moving from one controller/frequency to the next is known as a “handoff.” When given one, dial up the new frequency, switch to it a listen for a moment or two to ensure you’re not stepping on someone. Then call the facility with your callsign and altitude. You may want to append “VFR” to your transmission to help the new controller sort out who you are and what you’re doing. Don’t worry about screwing up or embarrassing yourself. Everyone does at one point or another.

Safety alerts are one of the four radar-based services available to VFR flights. The FAA defines what safety alerts are and when ATC will issue them in the AIM at paragraph 4-1-16. Three takeaways:

A safety alert will be issued if the controller is aware the aircraft is in a time-critical situation involving unsafe proximity to terrain, obstructions and uncontrolled aircraft. Safety alerts are not guaranteed, however. If an alert is issued, it’s up to the pilot to determine what course of action, if any, to take.

Controllers will immediately issue an alert to an aircraft under their control when they recognize the aircraft may be in an unsafe proximity to terrain and/or obstructions. Mode C altitude reporting is the primary method of determining the aircraft’s altitude.

Controllers will immediately issue an alert to an aircraft under their control if they are aware of another aircraft not under their control, the presence of which places both aircraft in unsafe proximity to each other. When feasible, ATC will offer the traffic’s position and, if time permits, suggest alternatives (which are based only on other observed traffic).

There are a number of resources available for pilots who think they don’t know how to use ATC services like VFR flight following.

You likely have studied at least some excerpts from this reference to all things aviation in the U.S. The current version always is available free for the download at www.faa.gov/air_traffic/publications/media/aim.pdf. Be sure to familiarize yourself with Chapter 4. Air Traffic Control.

This provides standardized guidance for controllers on what to do, when to do it and how to do it. If you want to understand why ATC does things the way it does, this is your go-to resource. It’s also free for the download: www.faa.gov/documentlibrary/media/order/atc.pdf.

Many ATC facilities, especially control towers, may give limited tours upon request. Ask nicely; all they can do is say “no.” If/when you get a chance to chat with controllers serving your area, ask them what they recommend.

Guidance on using ATC from the usual suspects of general aviation training suppliers usually is relatively inexpensive and pretty good. Some of the best exposure you can get, however, is to ride with someone who’s done this before and soak up their local knowledge and experience.

Jeb Burnside is this magazine’s editor-in-chief. He’s an airline transport pilot with a bunch of hours and owns a Beechcraft Debonair, plus half of an Aeronca 7CCM Champ.