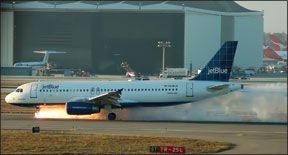 I’ve really only had one landing-gear-related situation in many years of flying retractables. In that event, a brand-new gear motor—installed at annual—failed to extend the gear while airborne after several successful tests on jacks. After an uneventful landing, the motor was repaired and there were no further issues with that airplane or its landing gear system.

Between the failure and the uneventful landing, however, the cockpit was a bit busy. Fortunately, the right-seater was a rated pilot and mechanic. While I told the tower about the problem and was cleared to orbit outside the traffic pattern, he dug out the emergency landing-gear extension checklist and we worked through the procedures, successfully extending the gear. Most of the time, that’s all there is to most gear-extension failures. When it isn’t, there are a few things you need to have thought about. And if you’re solo, you’ll have to do it all by yourself.

TroubleShooting
For this discussion, let’s put aside the question of whether or not we’ve remembered to lower the gear and presume its failure to extend normally is a given: You’ve moved the handle to the extended position and double-checked the circuit breaker(s). There’s no issue with the main electrical system and you’ve got fuel for at least an hour’s cruising.

Before even picking up the checklist, you need to find a place to loiter. If you’re in good VMC, pick someplace away from any nearby airport’s traffic pattern at an appropriate altitude. Advise ATC as necessary.

Slowing down the airplane and trimming for the new airspeed helps in many ways. First, things are going to happen much more slowly. Second, a marginal system might extend at a slower speed, when the air loads aren’t as great. Third, you’ll conserve fuel. If you’re IFR/IMC, things can get more complicated, but the premise is the same: Ask ATC for a nearby holding pattern or series of vectors. The idea is to minimize the need to navigate or worry about airspace while you focus on flying the airplane and working the problem.

Checklist Tips
Before pulling out the emergency gear extension checklist, do a quick flow check of some obvious items. First, check that all circuit breakers are closed (in) and that the generator/alternator is online. You’re justified in opening (pulling) related breakers and resetting them, just in case doing so solves the problem.

Another item perhaps not on a checklist is to check all the gear-position annunciators. If two of them are illuminated but one isn’t, trying switching bulbs/assemblies to see if the problem is simply a burned-out bulb. In daylight, check to ensure any instrument panel lighting controls are off—some gear indicators automatically dim when panel lighting is energized, perhaps making it look like you don’t have three green lights when you actually do. At night, adjust the lighting controls for the same purpose, and to ensure you can read the checklist.

In a high-wing retractable, look outside to see if the main gear are extended. This probably won’t tell you if they’re locked, but it’s another piece of information you need. In all cases, check other gear indicators, if any, like the mechanical nosegear indicator on many Beech products, or a wing-mounted gear mirror.

Finally, before running the checklist, clean up the cabin a bit, stowing charts, luggage, portable electronics and other items that can interfere with the emergency extension procedures.

Systems Overview
There are two basic kinds of landing-gear extension systems incorporated into general aviation airplanes: mechanical and hydraulic. Mechanical systems can be as simple as the lever (Johnson Bar) used on older Mooneys, or they can employ an electric motor to do the work. Some means to extend the gear manually is built into the system, like the handcrank behind the front seats in Bonanzas and Barons.

Hydraulic systems are a bit more complicated but basically work with an engine-driven or electric pump applying pressure to move the gear up or down. These systems also have manual pumps, like the red-handled one mounted on the floor between the front seats on Cessna singles. One variation includes designs using hydraulic pressure to raise the gear and keep it up—if pressure is lost, the gear is supposed to free-fall and lock into place.

In both basic designs, though, a power source is needed to energize them. It can be an engine, an electric motor or your right arm. That’s a good place to start when troubleshooting: Is the system’s power source available? If not, you may be able to fix the problem without the checklist. If that doesn’t work, it’s time to dig out the manual.

Running The Checklist
Each airplane type’s emergency gear-extension checklist is different, and we’re not about to step you through it here. We will set the stage, however. If you’ve paid attention so far, you’ve established some kind of holding pattern—either formal or informal—slowed the airplane and are ready to run the checklist. After taking a good look around—both inside and outside the cockpit—to ensure things are as you want, it’s time to pull out the checklist. You want to take your time, performing each step slowly and methodically.

Ensure the basic system configuration called for in the checklist is set, like an open gear system circuit breaker. Once you’ve accomplished a checklist item, stop. Look around, in and outside of the airplane: You’re still at the same altitude, speed and basic location, right? There aren’t any obstacles or clouds nearby, or other airplanes, right? Good. Move on to the next step, perform it, and stop again. Look around again, inside and out, to ensure things are as they should be and you’re not compounding the problem.

Ultimately, you may find yourself at the checklist step requiring some pumping or cranking. Doing so can require bending over (Cessna single) or turning around in your seat (Bonanza/Baron). In either situation, you won’t be watching the airplane and what it’s doing. The solution? Stop after, say, 10 pump strokes or handle cranks. Straighten up in the seat and look around again, checking airspeed, altitude, weather and traffic. In other words, keep flying the airplane.

Repeat as necessary, every 10 or so strokes/turns. As you do so, the airplane likely will slow down as the drag-generating gear extends. That’s a good time to stop and reassess, again, and maybe add some power, re-trim or both. Repeat as necessary until either the gear is down or you’ve determined that whatever is wrong can’t be fixed from the left seat.

In some instances involving loss of a hydraulic system’s fluid, adding whatever liquid might be available has saved the day. That can require accessing a reservoir in the aft cabin, and we leave it to you to decide if getting out of your seat is a good idea.

Cycling and Fly-Bys
Once you get the gear down (hopefully!), leave it down. Don’t even think about retracting it to, say, get back to the airport faster. Cycling the gear before running the gear-extension checklist has its merits, however, after slowing down and methodically performing the normal procedure.

If a towered airport is nearby, you might be tempted to fly past the tower and ask the controllers what they see. About the only thing they can tell you is what you already know: either the gear is up, partially extended or fully extended. They can’t tell you it’s locked and they can’t fly the airplane for you. They can, however, have the equipment standing by.

What If?
Thinking through the many gear-emergency scenarios pilots can conjure is a great way to hangar fly, but no plan survives contact with the enemy. In the event, you’re likely to encounter variables you probably haven’t considered in your hangar-flying sessions. Too, one can overanalyze the situation and become too focused on procedures, tasks and considerations with little relationship to Job One: Flying the airplane.

At the end of the day, your job is bringing the airplane back to earth with minimal damage or injuries. Most of the time, running the emergency-procedure checklists fixes the problem and you can make a normal landing. If that’s not in the cards, do it on pavement and under control, and you’re likely to walk away. You might need a new airplane, though.