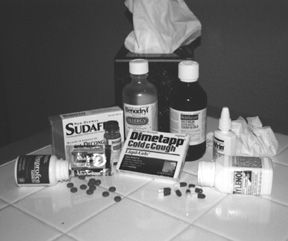 On the other end of the phone was a grim voice delivering the bad news. My favorite airplane had just experienced an accident with two friends on board. Fortunately both friends survived unhurt. The turboprop version of the DC-3 was substantially damaged when its left main landing gear collapsed while standing at Natrona County International Airport in Casper, Wyo.

The pilot told the investigators that the airplane had taxied out for departure on runway 3. He said he and his copilot were completing the checklist for departure when the copilot noticed high hydraulic pressure on the landing gear system. The copilot inadvertently performed the landing gear retraction procedure. The pilot called out to the copilot to intervene, but the left main landing gear had already commenced retracting. The airplane settled onto its left wing, damaging several intercostal ribs and wrinkling the left wings skin.

The NTSB reported that the copilot had taken two capsules of Benadryl Allergy – an over-the-counter medication frowned on by the FAA – on the morning of the accident.

While it may seem that over-the-counter drugs are no big deal, the active ingredient in Benadryl, diphenhydramine, commonly results in drowsiness and has measurable effects on performance of complex cognitive and motor tasks.

According to the Annals of Internal Medicine, the effect of a standard 50 mg dose of diphenhydramine on a persons ability to perform simulated driving tasks is more than the effect of a 0.10 percent blood alcohol level. In other words, those two pills packed the equivalent punch of making a person legally drunk.

Fortunately for my friends, they were flying a federal government aircraft on a public-use mission. Usually the FAA pays very little attention to accidents of public-use aircraft and these pilots returned to their flying duties shortly thereafter.

A general aviation pilot operating under Part 91 flight rules would suffer much more severe penalties, assuming they survived the accident. Accidents involving impairment by drugs – over-the-counter, prescription or illicit – are fatal more than more than 90 percent of the time.

Primary training in the military emphasizes the point that aspirin is about the only medicine pilots were authorized to take on their own, and only then for a short term interim malady such as a headache. Just about anything else required an official trip to the flight surgeons office.

In a civilian setting, the FAA does not regulate the use of any specific prescription or over-the-counter medications by pilots, though FAR 91.17 does state: No person may act or attempt to act as a crewmember of a civil aircraft … while using any drug that affects the persons faculties in any way contrary to safety.

Although some would have you believe that drugs and medication are negligible safety issues in general aviation, a casual search of the NTSB accident database came away with 240 accidents in a 10-year period that were primarily blamed on drugs or alcohol. Of those 228 involved fatalities. There were many more in which drugs or alcohol were given a contributing role.

Antihistamines
Antihistamines were among the most commonly involved over-the-counter medications. The packages may appear harmless on the pharmacy shelf, but they can be killers in the air. Seventy-eight fatal accidents in the sample time period were due to the side effects of antihistamine usage. Over-the-counter antihistamines often interfere with alertness and the normal function of the inner ear, potentially increasing susceptibility to spatial disorientation.

For example, chlorpheniramine is an antihistamine used to treat a variety of allergic reactions. The Physicians Desk Reference says chlorpheniramine may be found in a number of over-the-counter cold remedies. The warning associated with this compound states, in part: Do not drive or operate machinery while taking this medicine as it may cause drowsiness.

Chlorpheniramine commonly results in drowsiness and has measurable effects on performance of complex cognitive and motor tasks – such as flying an aircraft. Reduced performance has been demonstrated even in individuals who feel normal after ingesting the drug.

One of the very insidious and important side effects of this substance is its very long half-life. After several doses, it may remain in the bloodstream for several days.

Doxylamine is a sedating over-the-counter antihistamine, often used in sleep aids such as Unisom. It is also commonly found in multi-symptom cold relievers such as Alka-Seltzer Plus Night-Time Cold Medicine and Vicks Nyquil Multi-Symptom Cold/Flu Relief. It is one of the most sedating of the antihistamines.

Dextromethorphan is an over-the-counter cough suppressant, available in a large number of preparations, including many multi-symptom cold relievers. It may have some performance and judgment effects at very high doses, but these effects would generally not be expected.

Pseudoephedrine is a common decongestant with a trade name Sudafed that is found in many over-the-counter cold and allergy preparations. It does not usually result in impairment, and has been shown to have stimulant effects. Ephedrine is sold as an asthma medication (trade name Primatene) available over the counter in tablet form. It also does not usually result in impairment, and is a stimulant. Ephedrine and pseudoephedrine are often found together in the herbal supplement Ma Huang (also known as ephedra). Ma Huang is used as an energy booster, stimulant, weight loss product, or decongestant in many nutritional supplements.

According to the 1998 Physicians Desk Reference, pseudoephedrine functions as an oral nasal decongestant with minimal central nervous system stimulation, except in children. Warnings are directed at patients with hypertension, diabetes mellitus, ischemic heart disease, hyperthyroidism, increased intraocular pressure, and prostatic hypertrophy. The Physicians Desk Reference further states that nervousness, dizziness or sleeplessness may occur at doses that are higher than recommended.

Phenylpropanolamine is an over-the-counter decongestant, also marketed as a weight loss product. It is also a metabolite of ephedrine and pseudoephedrine. It has recently been withdrawn from the market due to a very small but measurable increased risk for stroke (primarily in women using it for weight loss) associated with its use. However, phenylpropanolamine does not usually result in impairment and has stimulant effects.

Pseudoephedrine, ephedrine, and phenylpropanolamine are often utilized specifically for their stimulant effects. According to standard pharmacological references, all three substances are available in various over-the-counter preparations, and are often found together in herbal dietary supplements and weight loss products.

Painkillers
I wasnt surprised to see the number of antihistamines involved in accidents. I was however surprised to see the number of painkillers. I dont blame anyone for taking a painkiller. After having my hand smashed by a horses hoof last winter, I realized I wasnt as tough as I thought and needed painkillers just to get to sleep for the next 10 nights. But while painkillers have their place in modern society, that place is definitely not anywhere close to an airplane.

One of the common painkillers I noted in the accident reports was hydrocodone. According to the Drug Handbook for Heath Professionals, hydrocodone is a narcotic painkiller used for the control of moderate to severe pain. The side effects were decreased blood pressure, increased sweating, flushed face, wheezing, dizziness, drowsiness, hypotension and fatigue. Additionally, the Handbook warned of drug dependence following prolonged usage.

Painkillers and the operation of an aircraft dont mix, period.

Anti-depressants
Depression is suffered by a very large portion of our population. Probably a high portion of the pilot population falls under the dreadful grasp of depression. Prozac is one of the commonly prescribed and popular medications for this condition. Prozac is considered a contraindicated medication for flying, regardless if it is at a therapeutic level, because it affects judgment. I found 15 accidents primarily due to impairment caused by Prozac. Ironically, all of these accidents were fatal. I feel bad for anyone legitimately needing Prozac. However, Prozac and flying dont go together.

Alternative Drugs
While I was searching through the files, I found 81 accidents primarily attributed to impairment by marijuana. Because of the politics involved with marijuana, some may be tempted to dismiss the link between pot and plane crashes as part of the larger political and social agenda. However, there is evidence that the euphoria and relaxation induced by marijuanas active ingredient, delta 9 tetra hydrocannibinal, carries with it a distortion of sensory perception and weakening of judgment. Even supporters of marijuana use cant deny the way it interferes with the ability to concentrate.

The side effects that would be detrimental to flying go on: impairment of short-term memory (what was that frequency, again?), decreased reaction time and increased snack consumption.

There were also a number of accidents due to methamphetamines. According to the book, The Pharmacological Basis of Therapeutics, by Joel E. Hardman, Lee E. Limbird, Perry B. Molinoff, Raymond W. Ruddon, and Alfred Goodman Gilman (c. 1996), methamphetamine, commonly referred to as speed or crystal meth, is a highly addictive and illegal stimulant. Amphetamine, a metabolite of methamphetamine, is also a stimulant.

Methamphetamine is more commonly known as crank or ice and can cause hallucinations, convulsions, and uncontrollable movements.

Air Force go pills notwithstanding, the use of stimulants while flying is questionable. Abuse of amphetamines compounds the situation. An amphetamine abuser tends to get less sleep than necessary and, as tolerance builds and doses get higher, the person can become psychologically unstable. Thats not the kind of person most people want to see as PIC.

Another drug found in the accident record is methylenedioxymethamphetamine (MDMA), commonly known as ecstasy. This has become a drug of abuse for its combination of stimulant and hallucinogenic effects. There is no accepted medical use for MDMA in the U.S.

Nothing Stronger Than Aspirin
Legal or illegal, nearly all drugs and medications have side effects on sensory, perceptual, cognitive or physical functions. Even the most innocent over-the-counter cold medication has side effects that are incompatible with the demands of flying.

-Pat Veillette is a safety researcher and transport pilot at a large carrier.