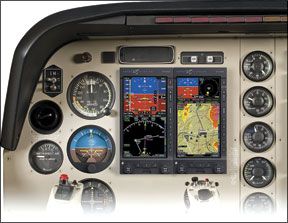 A year-long study by the National Transportation Safety Board (NTSB) concludes the last decades glass-cockpit revolution has not resulted in enhanced safety. In making its March 9, 2010, announcement, the Board said its results found single-engine airplanes manufactured between 2002 and 2006 and equipped with glass cockpits had a higher fatal accident rate than similar aircraft with conventional instruments.

The NTSB blamed complexity and lack of standardization among different aircraft and their glass panels, which has resulted in pilots failing to “understand the unique operational and functional details of the primary flight instruments in their airplanes.”

“While the technological innovations and flight management tools that glass cockpit-equipped airplanes bring to the general aviation community should reduce the number of fatal accidents, we have not-unfortunately-seen that happen,” said NTSB Chairman Deborah A.P. Hersman. The NTSB looked at its own data of 266 total accidents involving 141 conventional “steam gauge” airplanes and 125 equipped with glass cockpits. It set the fatal accident rate for airplanes with conventional instruments at 0.43 per 100,000 flight hours. The fatal accident rate for glass-cockpit airplanes was calculated at 1.03 per 100,000 flight hours, more than twice as high.

The only real good news in the NTSB data is there was a lower overall accident rate for glass-cockpit airplanes. The Board also noted the accidents it studied reflect differences in aircraft use, possibly explaining disparities in accident severity.

In its announcement of the study, the NTSB said it looked at accident rates of the 8000-plus airplanes manufactured during the period and pilots “are not always provided with all the information they need-both by manufacturers and the FAA.” Hersman added, “We know that while many pilots have thousands of hours of experience with conventional flight instruments, that alone is just not enough to prepare them to safely operate airplanes equipped with these glass cockpit features.”

To drive home its point, the Board announced it made six additional safety recommendations to the FAA, which are summarized in the sidebar on page 22. The study and its recommendations were adopted unanimously.

“As we discussed today,” Hersman added when the Board considered the report, “training is clearly one of the key components to reducing the accident rate of light planes equipped with glass cockpits, and this study clearly demonstrates the life and death importance of appropriate training on these complex systems.”

The Board noted most new single-engine airplanes come with “digital primary flight displays.” Additionally, the Board acknowledged the growing number of older in-service airplanes being retrofitted with glass panels.

“The data tell us that equipment-specific training will save lives,” Hersman concluded. “To that end, we have adopted recommendations today responsive to that data-recommendations on pilot knowledge testing standards, training, simulators, documentation and service difficulty

reporting so that the potential safety improvements that these systems provide can be realized by the general aviation pilot community.”

Whats It All Mean?

This magazine has frequently looked at the safety of technologically advanced aircraft (TAAs, which the FAA defines as those equipped with a GPS navigator, moving map display and autopilot).

In March 2007, we looked at Cirrus training, noting both manufacturer Cirrus Design and the Cirrus Owners and Pilots Association (COPA) had developed training programs designed, among other things, to address a string of fatal accidents involving Cirrus aircraft in adverse weather conditions.

When compared to what we labeled “similar-mission aircraft,” we noticed low pilot-time-in-type in the overall Cirrus fleet and that “the average time-in-type when the accident occurred was only 40 hours.” So, it seems reasonable that enhanced pilot knowledge and training can improve glass-panel airplane safety.

But we cant help noticing much of this is old news. Our article came out three years ago; the NTSB study covered a period ending about the same time. Since then-thanks to Cirrus and COPA, among others-the need for specialized training in glass-equipped airplanes is widely recognized.

We wonder what the landscape would look like today if the NTSB had performed its study some years ago. And we also wonder what a new study would reveal about the recent emphasis on training. Wed guess the safety record for glass-panel airplanes has improved, and many of the NTSBs recommendations already have been implemented, but perhaps not systemically. Thats not to say further improvements and more enhanced training should not be considered. But the NTSB study is rather dated at this point. On its own, the industry has moved beyond the situation studied. Thats good, and something noteworthy.