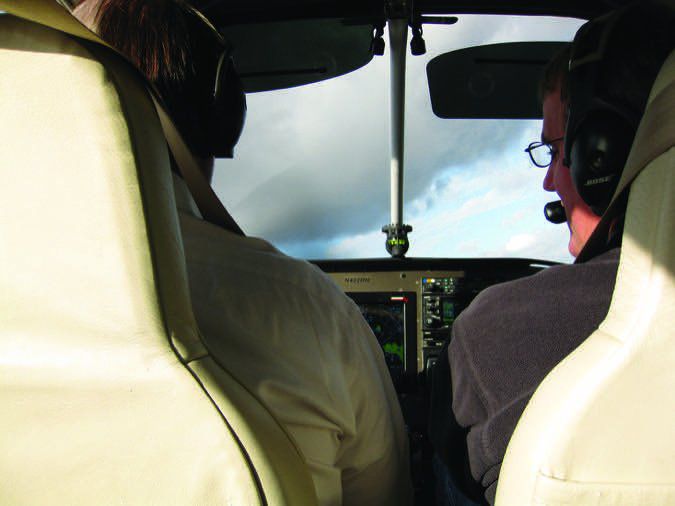 Over the last couple of decades, there’s been a growing realization within aviation’s training and safety arenas about situational awareness. The conversation generally involves ways to enhance situational awareness in the cockpit and often concentrates on technological solutions, like moving maps, or displaying real-time traffic and weather. The presumption is that greater situational awareness is better and that all of us have at least some measure of this characteristic.

What’s often omitted from these discussions is some base definition of what situational awareness, or SA, actually is and how it contributes to safety. Pilots usually are ready and willing to embrace something that enhances safety but so much of the jargon tossed around fails to provide the kind of context and explanations needed for complete understanding. Put yet another way, pilots truly are the creatures of (often bad) habit we’ve been told about since primary training, and we often need a whack or two to get our attention when something different comes along.

The FAA’s Risk Management Handbook (FAA-H-8083-2) defines SA as “the accurate perception and understanding of all the factors and conditions within the four fundamental risk elements (pilot, aircraft, environment, and type of operation) that affect safety before, during, and after the flight.” That’s all-encompassing, but lacks detail and requires pilots to intrinsically understand it. It has too many syllables. For example, how accurate must a pilot’s perception or understanding of “all the factors and conditions” be?

The U.S. Coast Guard defines it a bit differently: “Situational awareness is the ability to identify, process, and comprehend the critical elements of information about what is happening to the team with regards to the mission. More simply, it’s knowing what is going on around you.” (emphasis in the original). The Coast Guard’s definition is a bit easier to digest—identifying, processing and comprehending are less vague than perception and understanding. The kicker at the end— knowing what is going on around you—distills the concept down to something simple enough that even pilots can understand it.

In our view, the FAA’s use of the term “all” tends to be daunting for pilots, even though they’re accustomed to similar demands from the agency (e.g., FAR 91.103’s requirement that pilots “become familiar with all available information” about a flight before taking off). But “knowing what’s going on around you” is simpler, cleaner and an easier demand for pilots to meet. So that’s what we’ll use going forward.

A simple way to explain SA is to consider the classic controlled-flight into terrain (CFIT) accident in which a perfectly good airplane is flown into a mountain. That mountain didn’t just pop up to the pilot’s cruising altitude overnight. It’s been there for millennia, it’s been charted and the area’s minimum en route altitudes consider it. How could the accident pilot not know it was there?

The quick answer is the pilot probably did know the mountain existed, but lost track of his own position. He assuredly displayed poor SA, but also ignored various clues that his SA was inadequate. Those clues can include confusion and ambiguity (where am I?), improper procedures and/or regulatory non-compliance (descending below safe altitudes), failing to resolve a discrepancy (knowing the airplane is at the wrong altitude or location but failing to correct it) and fixation or preoccupation with unrelated tasks (why is my iPad overheating?).

One other clue deserves attention here, at least as far as single-pilot operations are concerned: task saturation. We’ve all had dark and stormy nights with low fuel, an intermittent electrical failure, a passenger giving birth and a red light for a nosegear indicator. Task saturation also is insidious: We’re too busy to recognize we’re overloaded.

The two-challenge rule is often attributed to aviation when it’s adopted in other professions. But perhaps because two-pilot crews are relatively rare in general aviation, the concept hasn’t really trickled down to us in the same way. The rule allows one crewmember to automatically assume the duties of one who fails to respond to two consecutive challenges.

For example, presume the pilot flying (PF) exhibits an unsafe attitude or loss of SA. The pilot not flying (PNF) first asks the PF if he or she is aware of the problem. If the PF does not acknowledge this challenge, the PNF issues a second one. If the PF fails to acknowledge the second challenge, the PNF assumes control of the aircraft. This rule has a history of working well with multi-pilot crews, but seems next to useless for the vast majority of general aviation flying.

Pilots commit errors and make mistakes. According to the Coast Guard, the two are not the same: “Mistakes are failures in planning. Mistakes almost always have to do with the selection of objectives and the time required to achieve them.” Asking yourself, “What can go wrong?” or “What am I missing?” can reduce mistakes.

Errors on the other hand “are flawed execution; incorrect actions based on either correct or incorrect information.” Because these are human errors, single-pilot operators seem less likely to identify them and, consequently, unable to make a correction. That’s a problem for many of us in GA (and is a fundamental reason for commercial aviation’s improved safety record).

Getting Back Your SA

There’s a lot of material in the literature about what SA is and how we can lose it. Perhaps there’s not so much on regaining it, but aviation might be unique in the sense that once we identify loss of SA, there are some things we can do to help us regain it.

Once we realize we’ve lost some portion of our SA, we need to identify the reason we lost it in the first place. Distraction, fatigue and inattention are likely causes, and each have obvious remedies. Whatever the reason, it seems useful to focus on the things we don’t know about the flight: How much fuel do we have remaining? What’s the ETA? How’s the destination weather holding up? If I had to land right now, where would it be? These always are important things to know, and form a foundation of good SA in the cockpit. Focusing on these questions and their answers is a pretty good place to start regaining your SA.

In addition to being a critical component of aircraft operation, situational awareness is fundamental to risk management. Pilots cannot assess or mitigate risk without a clear understanding of their situation.

No one has perfect situational awareness—there’s always some aspect of a complicated task or operation we forget. Consider these recommendations on ways to improve your SA:

Predict The Future
Think ahead of the airplane. Where will it be in five minutes? Ten? What likely will happen when it reaches decision altitude on the approach you’re about to fly?

Identify Threats
Monitor, detect and recognize the events and factors that pose risk to your flight. Once you react to them, how will they respond?

Minimize Task Overload
Trying to configure the airplane for an approach as you cope with a sick passenger and a failed landing gear position indicator is a recipe for failure. Do one thing at a time.

Avoid Complacency
Everything might be fine, but it’s always a good idea to presume the worst, at least until you can verify the situation.

Fight Fatigue
Adjust your rest and work routines to ensure you get adequate sleep before flying.

Perform Constant SA Assessments
Whether involving weather, traffic, equipment status or fuel, changing circumstances are a given. Continually assess the situation and be prepared for change.