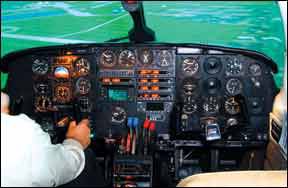 In recent years, the general aviation community has complained our activity has grown too complicated and, as a result, applicants for the private pilot certificate now average about 70 or so hours before passing a checkride. Yes, aviation has gotten more complicated, but we should question the notion it takes that many hours in an airplane to become a competent private pilot. A corollary is that existing practices also can be improved to benefit existing pilots and enhance their recurrent training experience.

Thankfully, many are taking positive steps to redesign curricula and learning methods to see if that number can be reduced. These steps involve leveraging regulatory changes along with advances in technology and training practices to flatten and shorten the learning curve. Along the way, we also need to improve the quality and quantity of new private pilots. How can these seemingly mutually exclusive goals be realized?

A Bold Assertion
I will cut to the chase and assert it’s possible to develop a private pilot curriculum in which 90 percent of applicants can obtain the certificate in the minimum flight time specified in the regulations: 37.5 hours under Part 61 or 35 hours in an approved Part 141 curriculum. The key to accomplishing this is designing training content with the right mix of media, including airplanes, simulation, and online or other knowledge delivery methods and, perhaps most important, delivering this improved product with more professional flight instruction.

This should come as no surprise to the training community. We have always told each other that the airplane makes a very poor classroom. Yet, we continue to immediately place a new student in the left seat of an airplane for their first lesson and subject them to the fire hose of new sensations, requirements and expectations. In a way, it’s no wonder that the dropout rate for new students is so high.

I will acknowledge some portion of students will have difficulty in mastering the art, no matter how many hours of airplane and other instruction are provided. A small percentage are probably unsuited to be pilots under any circumstances. When I actively instructed, I found only one or two percent fell into this category. That percentage may be higher now, as the industry has increasingly expanded its marketing beyond just the enthusiast community to try to reach a broader audience.

For example, one landing accident I analyzed resulted in four fatalities while the pilot attempted to land in a crosswind exceeding the maximum crosswind component of that airplane. It was labeled as a runway loss of control accident, but the pilot could have flown to a nearby airport where the wind was right down the runway. I submit this is actually a typical risk-management accident where the pilot failed to identify, assess and mitigate the risk.

To ensure safe operation, new students must be exposed to skills such as risk management, automation management and single-pilot resource management from day one of their training. These skills might progress in the learning environment from online training, to a task-training device, to a flight-training device and finally to an airplane. The actual sequence of this progression would depend on the knowledge or skills to be taught and what the performance expectation is.

What About Costs?
I do not believe an improved and more-efficient mix of knowledge training, simulation and actual airplane time will offer any substantial relief in initial training costs. If students currently average 70 hours in an airplane to obtain their private certificate, they are likely spending somewhere between $10-12,000 for the entire program. Unfortunately, a properly balanced program using a better mix of computer-based learning, simulation and airplanes isn’t likely to result in substantial savings, at least in the short run, even if the student ends up with the minimum 37.5 hours in an actual airplane. The economics probably won’t change in the short run for a variety of reasons mainly involving the relatively small differences in cost between an airplane and training devices. Additionally, there will be a lot more simulation training hours in a program such as I am suggesting.

“Why bother?” you might ask. The real issue here is not cost but value. A student who is better prepared to actually go out and use an airplane after completing training will perceive and obtain greater safety and utility from flying, particularly if he or she continues almost immediately into instrument flight training. I agree with many in the community, such as Hal Shevers of Sporty’s Pilot Shop, that we should be offering a “modular” flight training progression to address cost issues. Students could progress efficiently to solo, sport pilot, recreational pilot and ultimately private certificate levels, depending upon their ultimate objectives and financial resources. However, most pilots will want to continue to the full private and instrument levels, or beyond, if they want to use airplanes for personal or business transportation, or to fly professionally.

Obstacles
Of course, making wholesale changes in the training community’s tools and practices won’t be easy or quick. One of the most important and urgent tasks is to ensure pilot training doctrine (such as FAA handbooks) and standards (such as the practical test standards) are up to date even as we work to enhance flight instructor knowledge and professionalism. After these issues are addressed, then comes the creative work involving wholesale industry-wide curriculum redesign.

The Society of Aviation and Flight Educators (SAFE) addressed these issues in its Pilot Training Reform Symposium held in Atlanta, Ga., in May 2011 (Aviation Safety, July 2011). In October 2011, SAFE issued a progress report on the six recommended projects agreed to in the symposium. While SAFE cited progress on the six recommended projects, the organization also noted the need for specific benchmarks to define progress, greater collaboration among industry organizations and the FAA, plus more “grassroots” implementation efforts. This last issue may be the thorniest one to address, thanks to our community’s “cultural resistance” when considering new methods of teaching people how to fly.

First of all, we might expect young, inexperienced flight instructors to object to moving training hours from airplanes to flight training devices, since many of them are trying to build flight hours for that first airline job. Second, it will be difficult to teach older, experienced instructors new tricks. We have, after all, been using essentially the same doctrine, standards and methods for the last 70 years. This obstacle, perhaps more than any other, has and we hope will continue to be the subject of spirited discussion elsewhere in these pages.

The so-called “stick and rudder” set may object to new-fangled discussions about higher-order pilot skills such as risk management, but nobody I know is suggesting we eliminate stick and rudder skills.

Speaking of which…
I am not suggesting the flight training community is totally mired in the past. A number of small training entities have innovated with regard to pilot training methods for some time and now a bigger coalition is emerging.

In July 2011, Cessna Aircraft, King Schools and Redbird Simulations announced that Redbird would open what it calls the “Redbird Skyport” in San Marcos, Texas, to create an “innovative aviation laboratory” as a “test bed for innovative hardware, software, business processes, and ideas with the goal of revitalizing general aviation.” The Redbird effort will look at all aspects of retail general aviation operations, including services peripheral to flight training.

Besides the three main partners, the project also is supported by AOPA, AVEMCO Insurance and the General Aviation Manufacturers Association (GAMA).

While the Redbird effort appears quite bold, we would suggest efforts such as this are one of the things necessary to stimulate wholesale change in how pilot training is conducted, how primary students are attracted and how they’re retained. The proposed Skyport project could actually change how pilot training is accomplished, including the testing and implementing of concepts discussed earlier in this article.

I believe that we can expect this coalition to “think outside the box” and with encouragement from the likes of AVEMCO and King Schools, it likely will test training methods focusing on fatal-accident reduction and other needed changes that will be more encouraging to student pilot retention. The Redbird coalition promises to share their results with the rest of the general aviation community as it rotates groups of students through the revised training programs. Skyport has already signed on with several colleges, schools and other entities to provide students who will be enrolled in the Skyport program.

Reforming The Mix
Both the Redbird Skyport effort and the SAFE instructor accreditation effort respond to two of the six Pilot Training Reform Symposium recommended projects on curriculum reform and instructor professionalism. Other national efforts on accident root-cause analysis, flight-review changes, and training doctrine and standards reform were sparked by the symposium and are slowly getting under way. If these efforts don’t get mired down inside the bureaucracy or become victims of “association politics,” I am cautiously optimistic about their success also.

At the same time, these reform efforts likely will be slow to trickle down to your local FBO or flight training organization. Until then, I’ve tried to highlight the reasons for them, along with their benefits, so you can implement them on your own.

Bob Wright is a former FAA executive and the President of Wright Aviation Solutions LLC, an aviation safety consulting company. He holds Airline Transport Pilot, Flight Instructor, and Ground Instructor certificates and has more than 9300 flight hours. His opinions in this article do not necessarily represent those of clients or other organizations that he represents.