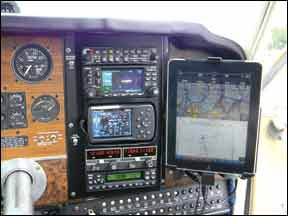 The dismal economy has been no help to the average aircraft upgrade budget. If you’ve recently solicited proposals for an ultra-modern avionics retrofit, you may have discovered the soup-to-nuts avionics upgrade you lust for probably isn’t affordable. Moreover, sinking half or more of the aircraft’s value into the panel pushes the boundaries of smart economics. Even the most modest of modern avionics upgrades could put the aircraft upside down financially. But that doesn’t mean you shouldn’t upgrade at all. In many cases, a budget that can’t afford the latest and greatest gear has the owner sitting on his hands. This leads to neglected panels while safety and utility hang in the balance.

Meanwhile, a rewire job or lower-end equipment upgrade can bring your flying museum to a higher level of reliability. Similarly, rebuilding behind-the-scenes systems like a neglected static system or replacing an inaccurate altitude encoder has safety dividends. I call these “trailing edge” retrofits. Here’s some advice on adding utility and a new lease on safety to a hurting panel without draining the bank account.

Start With the Audio
For years, I’ve been advising owners to first address the audio system before adding any other avionics to the stack. How do you know if the audio system in your airplane is lacking? Plug into a cabin that has exceptionally good audio. Comm transmit audio that’s garbled and scratchy makes for an awkward interaction with ATC and it’s a sure way to agitate controllers when workload is high. There’s also the risk of going Nordo.

Not long ago, I happened to be listening to the tower control frequency at my local Class D airport on a busy afternoon. The controller was doing an excellent job of working a variety of aircraft, including a helicopter flying the pattern and students practicing touch-and-goes, plus the usual arrivals and departures. Making the game more interesting was a bizjet smoking in for a full-stop.

All was in harmony—until a Cessna with intermittent transmission and reception joined the flow. Its pilot botched the instruction for entering the proper downwind leg and his radio transmissions stepped over other aircraft, causing utter confusion in the pattern. Later, when I eyeballed the instrument panel, the problem was clear: It was the gaggle of stray wires strung about the cockpit, including an old and faulty portable intercom that made the aircraft a nuisance and risk to safety. Oddly, the rest of the panel had reasonably good avionics but step one of the otherwise once-decent upgrade was skipped, shortchanging the interface.

Think of the audio panel as the main hub in the radio stack. It’s also a source of future growth potential as you add or upgrade systems later on, like a traffic system installation or engine monitor, both of which can have audio outputs. The project could yield several advantages because a new audio panel install might remove ancient unshielded wiring lurking behind the panel. This old wiring induces unwanted noise to the system, while newer panels offer additional shielding against noise.

For feeding the audio panel, upgrading the nav/comm system could be a finishing touch. In some cases nav/comm upgrades are inevitable. With Narco Avionics out of business, popular radios like the decent-performing MK12D are now orphaned with no supply of service parts. To replace these units, look toward the used Bendix/King KX155 market. You can find deals on good, clean examples for around $2500.

Another unit I happen to like is Garmin’s SL30 nav/comm. It’s smartly engineered and has a slim footprint requiring little panel space. Their real benefit is the workload-reducing feature of standby frequency monitoring: listening to the frequency in the standby window at a lower volume than the active frequency. If a single nav/comm is all you can afford, this unit offers a lot of punch.

The WAAS Dilemma
Early-generation GPS upgrades can make good sense and, while they won’t yield the capability and performance you’ll get with a new WAAS system, you can still shoot LNAV approaches and gain /G IFR GPS status for the en route system. But watch out for orphaned and obsolete models.

For example, Garmin-AT still supports the long-discontinued GX-series line, but the factory can no longer obtain replacement digital displays. Units like the GX60 GPS Mapcomm and GPS-only GX50 are capable of IFR certification, but a failed display makes one a throw-away. Arguably, these first-generation IFR units have an immature approach logic, making them awkward when compared to newer equipment.

Even if the aircraft is already equipped with an IFR GPS, upgrading to a fresh and newer model may be easier than you think. For instance, there’s an easy way out of the old and often problematic Bendix/King KLN89-series GPS. This unit was plagued with display problems and many users also found its approach logic awkward. But Honeywell mostly got it right with the later KLN94, which borrows some of the straightforward menu logic from Garmin’s GNS430, including the cherished procedure menu for calling up approaches.

The KLN94 is color and has a crisp-but-stark moving map. And, it can slide into a KLN89B installation without rewiring. It even can use the existing GPS antenna. Reliability of the KLN94 has proven to be quite good, and I think it’s a good option if you don’t care about WAAS. (Bendix/King once promised a WAAS upgrade for the KLN94 but dropped the ball.) In the end, this short-changes KLN94 owners in the current WAAS world. It also limits future ADS-B equipage mandates calling for a WAAS navigator. For this reason, a used legacy GNS430 navigator (that can be upgraded to WAAS) might be the best option as the sidebar demonstrates.

Future ADS-B requirement aside, you’ll sacrifice some capability with a non-WAAS navigator, especially if you plan to install a GPSS steering converter to your autopilot. A WAAS navigator offers GPSS-equipped autopilots the data to fly holds and procedure turns but, perhaps more importantly, also gives you access to the LNAV/VNAV and LPV approaches, and the artificial glideslope allowing you to ditch step-down procedures.

For obvious reasons, many lower-end upgrades include installing a portable GPS, perhaps with a docking mount. If you already own a portable GPS, this could put the finishing touches on a versatile panel upgrade. Add an iPad running ForeFlight, Wing X or a variety of other charting and mapping apps, and you’ve just rolled your own multi-function display system for a fraction of the cost of a real MFD.

Pitot/Static System Rebuilds
Perhaps the most neglected system in the aircraft, the pitot/static system, is the one owners most despise throwing money at. But neglecting it is like playing with fire, especially if your mission includes cloud flying. If you ignore the required FAR 91.411 and 91.413 inspections, you’re already off to a bad start. At some point in the aircraft’s life, the static system will need to be partially or completely rebuilt. This is big work, yielding a big invoice, thanks to the airframe teardown and interior removal chores. There’s good reason to spread some love to this system.

Even the most conscientious pilot can overlook symptoms of a pitot/static system problem. Moisture trapped in the system—evidenced by fogged instrument glass—also can lead to potentially costly instrument repairs. Leakage affects other onboard systems, too, considering many autopilot systems heavily rely on the static system. Leaks in the system can cause an autopilot to pitch-porpoise, creating an unsafe and uncomfortable situation when the aircraft is close-in and low on an instrument approach.

Conclusion
The new owner of a vintage Beechcraft put an interesting spin on his recent trailing edge upgrade. He disappointingly pointed out that he misses flying behind the cutting edge avionics he was able to install in his economical Cherokee. While the soft market enabled him to finally score the Bonanza he always wanted, he’ll need to make do with its older avionics, including a non-WAAS GNS430, analog RNAV computer and ancient autopilot. He’s convinced transitioning to the more-complex Bonanza was twice as difficult because it lacks the automation and weather capability he’s grown so accustomed to flying.

For this reason, the trade-off of settling for lesser aircraft with more advanced automation might up the ante on safety and mission comfort. That’s unless you creatively pick the right trailing edge upgrade for your mission. They do exist.

Larry Anglisano is the Avionics Editor at sister publication Aviation Consumer. He also works with an avionics shop in Hartford, Conn.