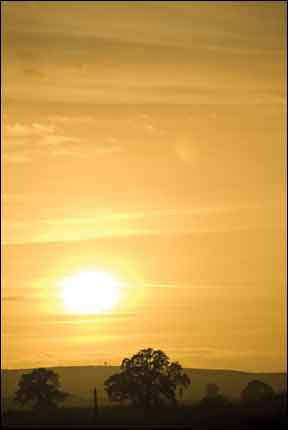 Today, Im flying as PIC aboard a Citation II air ambulance, with another captain as my co-pilot. We carry a nurse, medic and enough equipment to handle any critical-care situation. Every flight requires weight and balance calculations based on actual weights, checking weather to not only confirm its flyable, but is comfortable for a patient on a life port and allows the medical crew to work on the patient in flight.

Temperature considerations for power settings and takeoff/landing distances are critical, and a constant eye on changing weather conditions goes without saying. Although we train in our primary lessons on weight and balance, and how temperature and altitude play on the performance of our airplanes, we tend to rush through those calculations when we fly the same plane all the time.

Which is different from the way it was 20 years ago. One early summer day that June, my two brothers and I decided to head to Bethel, Maine, in my Beech Sundowner for 18 holes of golf. The 40-degree morning meant we needed our jackets while loading the golf clubs.

As the day progressed, temperatures rose and, by the end of our game, the thermometer displayed 95 degrees. We couldnt wait for the ride home at a cooler altitude and headed to the airport.

The wind was favoring the runway pointing toward the mountains and I did not even consider that the other direction was over flat fields for a distance until we would have to climb for hills. I taxied onto the runway to use every inch and powered up for a static start, releasing the brakes only after full power was tugging at the reins. We slowly picked up speed and became airborne just before the end of the runway. Our only problem was the trees in front of us. Coaxing the plane to climb we immediately thought, “Throw out the golf clubs!”

Narrowly missing the initial trees, I knew we could not outclimb those in front of us or to the right so I found a little clearing and decided to circle with minimal climb until I knew I could clear the trees and be on my way. It worked.

Debriefing after the flight, I could have taken off with a tailwind on the opposite runway over a low field. I also could have offloaded fuel and departed with just enough to reach our destination, or even a closer airport with longer runways. I also could have just waited until evening when the temperatures cooled, or made arrangements to stay overnight and take off the cool of the morning. The answer for me was to spend more time in the planning stages and make the go/no go decision before the flight began. A lesson learned which I never needed to repeat.

Performance charts are there for a reason. A cushion for those published performance numbers is never a bad idea.