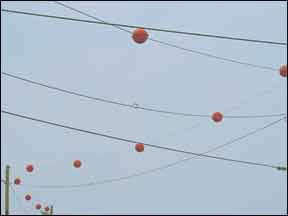 I looked up from my checklist to see a 20-foot wall of flame and smoke coming at me very rapidly. The only good thing was I would be taking off into the wind.

Five years earlier, this old dirt and grass road near the settlement of Rogersburg, Wash., was used as an airstrip. When ownership changed from private to the BLM, the airstrip closed. It took five years of negotiating with the feds, including Congressional, AOPA and EAA involvement, to get back part-time use. This dirt and grass strip is 1550 feet long at 850 feet msl and parallels the Snake River.

Shortly after BLM again allowed access, we got permission to mow it. Two friends used their Super Cub to fly in a brand-new lawn mower and I brought a weed-whacker. I parked my 172 at the end of the strip, in front of the Super Cub.

I was working on the weeds around the runway identifier poles when I heard one friend yell, “FIRE!” The other friend and I grabbed shovels and ran up the strip to where it had begun, thanks to gasoline leaking out of the new lawn mower’s fuel vent. Somehow, the fuel caught fire, which quickly involved the adjacent tall, dry grass. Soon, a freshening wind whipped the flames beyond our control. We had to get out of there now!

We ran back to our planes and packed them quickly with the equipment we could carry. I was first in line when I saw the fire and smoke coming at me. I didn’t finish the checklist—there was no time. I started my 172 and gave it full throttle. I finally got airspeed, lifted the nose wheel and got off. Then the stall warning began blaring and I had to lower the nose.

The engine began coughing and sputtering. I’m in a deep canyon with steep sides. There is a river and a road with telephone poles, and I’m coming up to where wires cross the river that have the large orange balls on the wires. I’m thinking this could be a bad day.

Then the engine catches and runs smoothly again. I make it over the orange balls and up into the canyon. My friends in the Super Cub joined up and we looked over each other, but find no damage. We headed back to our home bases and reported the fire.

I believe the engine was running poorly because there was no oxygen—fires make their own weather. It is best not to be even close to fires in an airplane unless you really know what you are doing—and I didn’t. I felt like I’d just flown out of hell and was lucky to get home.

Oh, the cause of the fire was a faulty engine on the brand-new lawn mower. The only thing I would do differently is to have a large fire extinguisher close to the lawn mower. That would have taken care of the problem before things got so far out of hand.