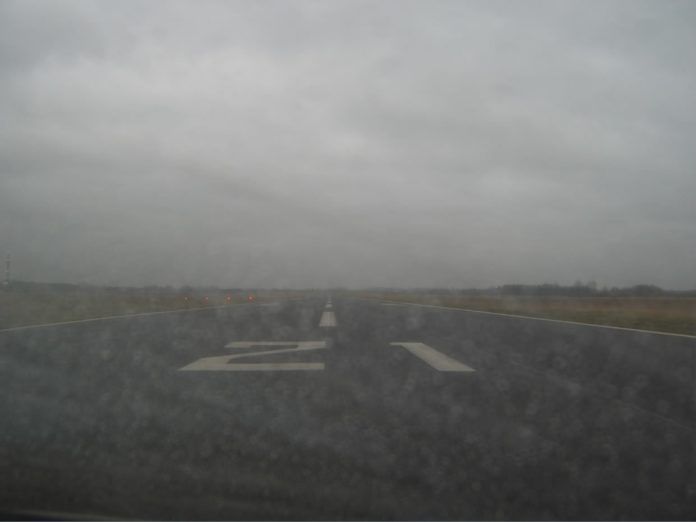 In my experience, one characteristic most pilots share is an individualistic, self-sufficient attitude. Typically, we revel in learning the skills required to fly an aircraft well and embrace the challenges it presents. We also usually don’t stop with aviation alone, often engaging in other activities designed to challenge us mentally, physically or both. Examples might include skydiving, motorcycling, running marathons and the like.

Engaging in these and other, similar activities often gives us a hint about a pilot’s personality, which can be boiled down to the simplistic “Type A” or “Type B” categories. According to common definitions, a Type A person generally exhibits ambition and impatience, and often is concerned with managing his or her professional and personal time. They can be “workaholics” and goal-oriented. Everyone knows someone fitting such a description, and it may be that pilots predominately are Type A people.

The Type B personality, meanwhile, usually exists at a lower stress level. Rather than an emphasis on “winning,” for example, they derive their enjoyment from simply “playing the game.” They may be more contemplative and instead of exploring caves, they may prefer to explore ideas and new ways of accomplishing tasks.

I would suggest neither extreme is desirable when it comes to what constitutes a good pilot. Clearly, a take-charge, can-do attitude is necessary for a pilot to successfully complete a challenging flight. Equally clear, at least to me, thoughtful consideration of those challenges is necessary before even starting the engine, and while en route.

The accident record is littered with tales of the kind of pilot who takes the attitude that the conditions don’t matter, we’re going anyway. A more thoughtful pilot, meanwhile, might confront the same challenges with a “Let’s take a look” attitude, change the flight’s timing or routing, or cancel it altogether.

The point is that there’s a middle ground when it comes to what makes a “good pilot.” Here’s an example of what can happen when someone exhibiting Type A characteristics is confronted with a challenge for which he wasn’t trained or prepared, and may have failed to allow his Type B side to consider the possible consequences and act on those conclusions.

On November 29, 2013, at about 0750 Mountain time, a Cessna 182E Skylane impacted terrain near Delta, Colo. The solo student pilot was fatally injured and the airplane was destroyed. Instrument conditions existed; no flight plan was filed.

The student pilot was scheduled to take his private pilot practical test with a designated examiner (DE) at an airport about 20 nm from the departure point. According to the DE, the student pilot called the morning of the accident and informed him there was a cloud deck at the departure airport. The DE responded that the cloud deck was likely a thin layer that would burn off and to fly to his airport after the weather cleared up.

An airport surveillance camera captured the accident airplane departing. The airplane impacted terrain about two miles off the departure end of the runway, on its extended centerline. The NTSB noted, “The debris field was consistent with a high speed impact at a flat pitch attitude.” No witnesses observed the accident.

Examination of the airframe and engine revealed no evidence of mechanical malfunctions or failures that would have precluded normal operation. Weather observed at the departure airport at 0755 included calm winds, visibility four miles, overcast clouds at 600 feet and a temperature/dew point spread of 1C.

The 36-year-old student pilot had accumulated 98 total flight hours, of which 63 hours were with a flight instructor and 6.4 hours were flown during the three days preceding the accident. All of the student’s recorded flight time was in the accident airplane. The student’s recorded simulated instrument flight time was 0.6 hours. The FAA requires three hours of simulated instrument flight training prior to the private pilot practical test. Additionally, the CFI told investigators “he never flew with the accident pilot in actual instrument meteorological conditions.”

According to the NTSB, the accident pilot’s flight instructor (CFI) “characterized him as having very high achieving and performance traits. He thought the student had a ‘go-go-go’ type personality and led a fast-paced life.”

According to the CFI, the accident pilot “intended to utilize the accident airplane to accomplish trips in support of his telecommunications business. The CFI was concerned that the pilot “might try to ‘push too hard’ with respect to weather conditions, fatigue, or airplane maintenance to accomplish a business trip.” The CFI reported to investigators he attempted “to instruct the student on ‘not getting over his head’ with respect to flight conditions.” The NTSB reported the CFI later learned “the pilot was under additional personal and business stressors.”

From the NTSB record, it’s not at all clear how the student intended to pass the upcoming practical test without the minimum amount of simulated instrument flight time the FAA requires for private pilot applicants.

The NTSB determined the probable cause(s) of this accident to include: “The student pilot’s decision to attempt flight into instrument meteorological conditions, which resulted in a loss of control and ground impact.” That’s accurate, but as with so many accidents, this statement doesn’t get at the accident’s true cause.

The NTSB’s report on this accident also noted, “The student pilot’s decision to depart into poor weather conditions was most likely influenced by [the additional] stressors, both self-imposed and external.” There’s no question going for an initial private checkride will induce stress, and our schedule plus whatever else is going on in our lives will contribute.

Sometimes, being a Type A personality will get us out of a challenging situation, whether in our personal lives, at work or in the cockpit. That same characteristic can force us into an unwanted challenge. Refusing to accept conditions as they are and changing the overall equation frequently results in success, whether the challenge involves the calendar, the weather, or our skill and training. In this instance, waiting for the cloud deck to clear would have been the better way to meet the challenge.

According to the results of a 2000 study by Douglas Wiegmann and Juliana Goh of the University of Illinois at Urbana-Champaign, “overconfidence in personal ability and inaccurate diagnoses of visibility conditions precipitate VFR flight into IMC.” The study attempted to examine differences among various pilots in their “situation assessment, risk perception and motivation,” among “those pilots who chose to continue or divert from a VFR flight into IMC situation.”

According to the authors, the study’s results “indicate that the simulation was successful in identifying pilots who would choose to either continue or divert and that differences existed between these two groups of pilots.” Among those differences were “[a]ccuracy of visibility estimates, appraisal of one’s own skill and judgment and frequency of risk-taking behavior were most important in predicting whether a pilot would continue or divert the flight.”