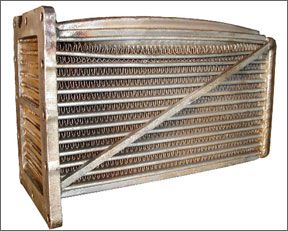 The pilot was making a left turn in front of a hangar. He pulled the control wheel full aft to take the weight off the front wheel and the control wheel broke off in his hand. The break formed across the wheel, from the lower left to the upper right. Control wheel p/n: 0513168-2.

An oil cooler adapter gasket failed in flight, causing two quarts of oil to be pumped into the engine cowling within an hour. The IO-520 was a factory remanufactured

engine with 140 hours since November 2004. While the oil cooler adapter bolts did not appear to be torqued properly, the gasket (p/n 649964) was brittle and leaking.

The technician found three 172s fuel servo hex-nut plug (p/n 383493) finger loose (a warm engine will probably make this condition more apparent) and speculated they were improperly torqued at the factory. On the 206, the same part also was found finger-loose while red dye was found inside the fuel servo air chamber. The dye should have been flushed during manufacture.

The nose gear drag link (p/n 86280-003 was found cracked in the pivot bolt housing where a standard AN175-22A bolt attaches the nose gear down-lock (p/n 86275-004). The technician speculates the anomaly was a fatigue crack from normal cycle time on the gear and recommended visual inspections of the area after a specific period of time determined by the manufacturer.

The torque link (p/n: 65691-00) broke during an aborted landing. A safe landing on the upper casting assembly was made, damaging it and the flap. AD 72-08-06 calls for a 500-hour inspection interval, the required inspection was last performed 203.8 hours prior to this incident. The technician suggests retiring this part at 5000 hours.