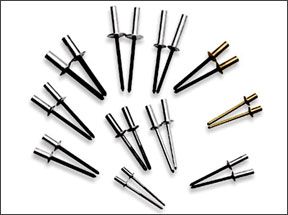 During the preflight inspection for a local training flight, blind rivets located halfway up the vertical stabilizer were found to be making aluminum oxide trails (smoking) on both sides of the vertical fin.

This condition is indicative of a potentially loose rivet or cracked inner rib. Manufacturers service bulletin 10-083 requires this type of blind rivet at this location. The submitter suspects other aircraft may have the same issue.

The crew noted the number two engine starter would not engage. When the cowlings were removed, several pieces of metal were observed. On removing the starter, the Bendix drives engagement gear had disintegrated, damaging the drive housing.

During an annual inspection, a fuselage stiffener (p/n 60-410025-51)-located under the nose baggage floor on the right side at station 67 between the main and standby inverter-was found cracked around the Hi-Lok fastener holes.

Removing the stiffener allowed further inspection of the keel (p/n 60-410025-601), revealing cracks in the web previously obscured by the installed stiffener.

The mirror-image stiffener (p/n 60-410025-49) on the aircrafts left side revealed similar cracks with no damage to the keel.

During inspection, a technician discovered a ruddervator cable with frayed and broken strands. The failure was located behind the instrument panel, about 10 inches above the bobweight, (p/n 35-521242-13).

Smoke in the cockpit and an electrical burning smell were observed after the gear was retracted on takeoff. Inspection revealed a charred heater fuel pump (Facet model 70893). The heater had been operating for approximately 30 minutes before takeoff. This is at least the third burned pump in a fleet of 11 similar aircraft.