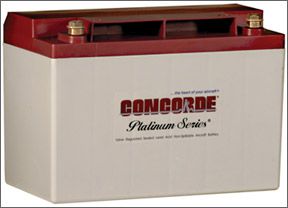 First of all, I have subscribed to your magazine for years and enjoy it a lot. It usually gets read from cover to cover by my wife and me (both pilots). However, in the May issue (which Im just getting around to reading) the article on electrical failures wasnt up to your standards, in my opinion. It seemed to make things more

complex than necessary, wasnt as clearly written as it could have been, but most importantly, had several important errors. Even the title-“When the Sparks Stop”-was misleading. The only sparks that should occur in an airplane are in the spark plugs.

The author appears not to know the difference between amperes (amps) and ampere-hours (amp-hrs). There also were errors in simple math. For example, in the sidebar on page 6, he states: “15 amp-hour normal load for five minutes: 45 amp/minutes.” The load should be expressed in amps, not amp-hrs. As intended here, a load of amp-hrs has no meaning. An amp-hour is a flow of current of one amp for one hour, two amps for hour, etc. So presumably he means a load of 15 amps for five minutes. This would equal 75 amp-minutes, not 45 (and certainly not “45 amp/minutes”). Ten amps for 30 minutes would equal 300 amp-minutes. However, 20 amps for 10 minutes would equal 200 amp-minutes, not 400.

The capacity of a battery would be rated in amp-hours as he states, but again, one cant state a load in “amp-hours” and then multiply by a number of hours or minutes and come up with a figure that has meaningful dimensions. In my opinion, if one is going to state the capacity of a battery in amp-hrs as is normally done, it makes more sense to express the load in amp-hrs as well, even if the numbers are small. The examples could have been changed to make it less awkward, e.g., a radio drawing six amps for hour would use three amp-hours. Easy. A total load of 40 amps for hour would exhaust a battery with a capacity of 20 amp-hours. Easy.

I doubt that this is the first letter you have received about this article. Take it in the positive light with which it was intended and keep up the otherwise good work.

John, thanks for writing. The articles author, Dave Higdon, in an earlier life served in the U.S. Navy as an electricians mate aboard nuclear submarines. Any technical or math errors appearing in the published version of his piece should be attributed to the editors and the editing process.

That extends, also, to the sidebar you mention, which he did not produce. The material for that sidebar-including the concept of amp-minutes-came from Airworthiness Information Leaflet AIL/0194, Issue 1, produced by the U.K. Civil Aviation Authority (not Australias Civil Aviation Safety Authority, as was stated). We regret the errors and appreciate the opportunity to clarify these items.

Not In The NTSB Report

I read and get much from every issue. I have some additional information on the TBM 850 crash occurring in Iowa City, Iowa, June 3, 2008, and discussed in Junes Accident Probe. I am very familiar with that flight since it was bringing an Angel Flight patient to me for the last leg of the mission. Your report leads one to believe that the pilot should have known about the wind shift and not taken off downwind.

The pilot called me at 9:58 Central time to tell me he “had the passengers aboard ready to roll at the end of the runway.” He said he would see me in about an hour and a half. The crash was less than five minutes later.

In hindsight, it was a terrible time to take off in any airplane. It is questionable whether a pilot taxiing out in this condition would detect such a wind shift unless it impacted the airplanes handling.