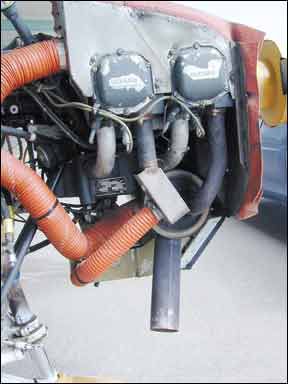 Februarys article, “Horizontal Lift,” is correct in stating the horizontal component of the lift vector turns the airplane. But as a long-time flight instructor and physics teacher I would prefer to explain the airplane turns because there is a net inward force acting on it. This is an unbalanced force, acting toward the center of the circle about which the plane is turning. And yes, the plane is accelerating even though the pilot may be maintaining a constant airspeed, his direction is changing and

therefore the plane is accelerating.

The centrifugal force (literally the force fleeing the center) is a fictitious force made up by us in a non-Newtonian frame of reference. But if we imagine we are outside the plane observing it turning, then there are only the usual forces of lift, thrust, drag and weight.

I enjoy your articles. Keep up the good work.

I always look forward to each issue of Aviation Safety, and I was particularly pleased to see the article regarding carbon monoxide (CO) poisoning (“Finding CO Leaks,” January 2011). Of course, CO poisoning is not limited to cold-weather operations and is a year-round hazard, as aptly pointed out in the article. I would like to bring to your attention a small typographical error in the sidebar on page 23. It should read, “breathing oxygen and using a hyperbaric chamber are recommended for acute CO poisoning,” rather than “hypobaric.”

Since I established and opened the Department of Hyperbaric Oxygen at Mercy San Juan Medical Center in a Sacramento suburb in May 1982, we have treated about 50 CO poisonings. The majority are related to structure fires or improper heating appliance ventilation. To my knowledge, we have never been asked to treat an aviation-related CO exposure. Using the chamber and based on Boyles law, we can increase the percentage of oxygen in the serum 100-fold and reverse the carboxyhemoglobin levels in less than 30 minutes.

Every pilot should make sure there are no loose connections in any part of the exhaust system as stressed in the article. I also recommend allowing fresh air to come into the cockpit via whatever venting is available. It is much safer to have cool air wafting on your face than inhaling a gas you cannot smell.

The basic problem with GA pilot training is the candidates are all human. Catastrophic mechanical failures do happen and lead to crashes, but they are rare. I speak from personal and professional experience.

On the professional side, I run a brain imaging center, which investigates such things as executive control, learning, working memory, etc. I also collaborate with the director of the safety traffic center at Berkeley. (Turns out distracted driving is a leading killer. Whod have guessed it!) On the personal side, I am a pilot, driver and cyclist who observes I and the majority of others tend to fly as we drive, ride as we fly, etc.

In other words, all you have to do is evaluate how a GA pilot drives his car and you will have a very strong indication of how he will fly a plane. Get a couple of CFIs to ride shotgun in a car with a few GA pilots. Have the CFIs evaluate the drivers performance in terms of anticipation, resource management, risk management, etc. Do the same thing in the cockpit. Ill bet you dinner the correlation is striking.

If you can get pilots thinking, and acting, with better risk-management and decision-making skills in the many hours they spend driving, you will have gone a considerable way to improving their pilot skills at the same time.