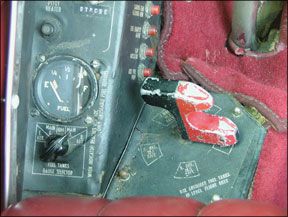 I read Dave Higdons article (“Playing Short-Field For Keeps,” October 2008) with great interest. However, there were areas I have trouble understanding. The article states, “For clearing the obstacle on an otherwise long-enough runway, do hold the airplane neutral and accelerate to VY, then swiftly and smoothly pitch to 1.2 VS0.”

My 1956 C182 starts to lift off the runway at about 62 mph, while VY is about 90 mph. I do not think I could keep the airplane on the runway until VY is achieved. Did he mean “accelerate to VX” instead of VY?

Its impossible to develop suggested techniques covering all airplanes and all pilots at all times. By stating “hold the airplane neutral,” we meant in a level attitude, whether on or slightly above the runway. The key here is accelerating to the desired airspeed as quickly as possible in the least distance. Some airplanes do this best on the runway. Your 182 isnt one of them, so accelerating in ground effect is probably the best solution.

As always, of course, practice various techniques with an experienced instructor to determine which works best for you and your airplane.

Dave Higdons October 2008 article “Playing Short-Field For Keeps” has good tips for the real-world. For example, the rolling turn onto the runway, so you dont start the takeoff roll from a stopped position, works well.

With a nosewheel plane, I have pushed the plane backwards so its tail is hanging out over a river to gain an extra 10 or 12 feet of runway. Another one is to start your departure from a diagonal corner of the runway. Starting from say the northwest corner and departing to the southeast corner will gain you more runway. This is taking into consideration the prevailing wind.

Also, we all know to land uphill. This will shorten your landing and roll out. The opposite is true on departure: Take off downhill. Even if you are experiencing a tailwind, up to a point, this rule should be followed. If you have a choice, land on a sand bar and take off from a gravel bar. All little tricks that really do work in real-world flying.

Regarding your article “Quirky Airplanes” (November 2008) and, specifically, their fuel systems, its interesting to observe how simple modern designs can be. Turbine-powered aircraft are a great example: The engine start circuit turns on the fuel when the throttle is brought out of cut-off, and turns it back off when the throttle is returned to the cut-off position. Everything is automatic; what could be simpler?

Meanwhile, lets go back to a 1949 G model Beech Staggerwing I owned in my misspent youth. The Staggerwing had six tanks, one in each wing and two in the fuselage. These six tanks were controlled through two valves, one of which selected the forward fuselage tank, the aft fuselage tank, the left lower wing tank and the right lower wing tank. This valve also had an “Off” position and, to add to the sport, an “Upper Valve” position.

When selected, this latter position drew fuel from either the right upper wing tank or the left upper wing tank, whichever was selected by the second, upper, fuel valve. This valve also had an “Off” position. (Considering my advanced years, I may have mis-labeled some of the valve positions, but I am close, if not spot-on.)

The two valves were covered by your left knee, so it was very hard to see. Have you ever tried to set a six-position fuel valve by feel? Oh yeah, there was one gauge for all tanks. A seven-position selector switch selected which tank the gauge was reading (the seventh position was “Off”.) Needless to say, any time you touched the fuel valving in flight you gave it your most undivided attention!

You have to wonder how we all survived stuff like this. One must remember that in those days, this was as good as it got.

Keep up the good magazine.