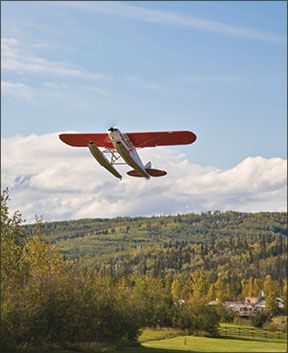 I take exception to the reader’s rhetorical question in your July issue: “Why would anyone practice an engine failure on takeoff by doing an engine failure on takeoff?” I started practicing low altitude teardrops at idle because a giant auto salvage yard bordered the departure end of my runway and I had to know what my options and capabilities were.

Earlier this evening, there was an EAA Webinar featuring an upset recovery expert, Randall Brooks. He said simulator training in life or death situations doesn’t give you the essential experience you get by training in an aircraft. I believe this would translate directly to our engine out on takeoff training—it’s not the same with a 3000-foot cushion.

Sure, start out your practice there, but you must progress to lower altitude. There’s simply no substitute for that experience at 100 feet.
Gregg Solove
Albuquerque, N.M.

We have yet to find a good argument against for-real engine-out practice as described in the relevant article,

“Takeoff Engine Failures,” which appeared in our June issue.
In the engine-out practice the author describes, a Piper Cub had a 9000-foot runway all to itself, and was able to make repeated takeoffs, engine cuts and landings. And the pilot knew what he was doing.

We would encourage anyone contemplating similar airwork to start at altitude, perhaps with an instructor or at least a safety pilot, to become familiar with the pitch attitudes required to maintain control. Using a “hard deck” as the field elevation is always a good idea when practicing this kind of maximum-performance maneuver.
But once the maneuver is perfected at altitude, it’s time to bring it down and practice on the real thing, a runway, with real terrain and obstacles. We know the difference will be startling, and educational.

On Your Tail
Thank you for the article “Higher is (Usually) Better” in the July 2014 issue of Aviation Safety. In it you mention that there is an approximately 120-degree arc behind the airplane from which the wind must blow in order to see any boost in groundspeed. Trigonometry or the E-6B will actually reveal that the arc is wider than this.
Of course, there are three variables with which to contend: speed of the aircraft, wind speed and angle of wind to aircraft (or more accurately angle of wind to the aircraft’s course, assuming you want to stay on course). If one runs the numbers, most conditions will show the break-even angle on a tailwind is about 10 degrees greater than a straight 90-degree crosswind, or an approximate 160-degree benefit arc behind the airplane.
This holds true for winds up to 50 knots and a plane truing at or above about 130 knots. Any wind higher than 50 or airspeed lower than 130, and the wind will have to be slightly more rearward for it to be of benefit. Actual numbers for the break-even angle for a 50-knot wind are 97 degrees to aircraft course at 200 knots TAS and 15 degrees at 100 knots.

Looked at another way, if the 50-knot wind is just 20 degrees behind either wing, this will translate to 11 knots increase in groundspeed at 200 KTAS (a five percent increase) and an eight-knot benefit at 130 KTAS.
I think what this reveals is that under most conditions we fly, any wind just slightly more than 90 degrees to our course is of some benefit it you don’t mind flying sideways. Thanks again!

Thanks for the math. The 120-degree value of the arc behind the airplane was drawn from our experiences in expecting a tailwind based on the forecast and then being disappointed when it didn’t materialize as we had hoped.

Pitch Vs. Power
I was a bit dismayed to see the article about AoA indicators (“Not Just For Jets Anymore,” July 2014) push the old canard that pitch controls airspeed and power controls altitude. I thought the aviation community had moved beyond that bit of misinformation. We know that pitch plus power equals performance. Pitch and power together both control airspeed and altitude.

The sidebar states that power controls altitude. No, it really does not. I can reduce power to lose airspeed but maintain altitude by trimming up. So, in that case power controlled airspeed and pitch controlled altitude.
To state that pitch controls airspeed is simply wrong. Pitch and power simultaneously control both altitude and airspeed. But even that is not quite correct. Pitch and power each contribute simultaneously to the conversion back and forth between potential energy (altitude) and kinetic energy (airspeed).

Thanks, Jeff. You’re right, of course, and we have no clue how that got through the production process without someone raising an objection.

For the record, pitch and power together determine an airplane’s performance, not one of them alone.