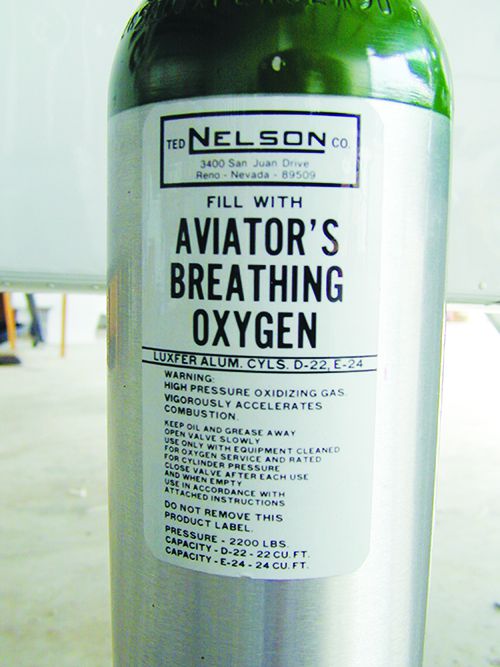 In June’s article, “Restoring Performance,” Mike Hart writes, “There is no practical difference between aviator’s breathing oxygen and oxygen used for medicine or welding.” While he does explain the difference now in regards to medical oxygen as compared to the 1950s, I’ve read that industrial oxygen, should not be used due to the impurities in it. Is industrial oxygen purer now than before?

Today, all oxygen, whether for aviation, health care or industrial uses starts out pretty much the same. Industrial applications, it turns out, often have higher purity requirements than aviator’s or medical oxygen and, in a medical setting, moisture often is added to help prevent dehydration. Other gases also may be added to medical oxygen in situ, depending on requirements.

Standards for aviator’s breathing oxygen (ABO) are set by the Society for Automotive Engineers, which last made minor revisions to its AS8010 in 2018. That standard has always required ABO to be at least 99.5 percent pure, with only moisture and minuscule amounts of other gases allowed. Air Products and Chemicals, Inc., a common supplier of oxygen and other gases, notes “standard” oxygen purity is 99.5 percent while the value for medical oxygen is “only” 99 percent.

For additional information, we highly recommend a column by John Deakin, “Getting High On Welder’s Oxygen,” originally published in 1999 by online sister publication AVweb.com. It can be found at tinyurl.com/SAF-Deakin.

Thanks so much for your contribution to safety through your outstanding periodical and through articles like June’s “Restoring Performance.” The symptoms and advice rang true for me and I appreciated getting technical confirmation of what I qualitatively experienced.

I don’t fly over 12,500 feet, but I have experienced headaches and fatigue at elevations as low as 7000. We don’t have a source of oxygen at our local airport and I do not have confidence that I could or would keep up with monitoring and keeping an oxygen bottle refilled. A few years ago, a fellow pilot recommended an oxygen concentrator like Inogen 3.

He claimed that it was legal to use up to 18,000 feet. When I looked into it, the specifications say that it does not work at elevations above 10,000 feet, but I decided to try one out anyway. At elevations between 9500 and 11,500, I found that using the oxygen concentrator increased my blood oxygen level by seven to 10 percent, from the low 80s to low 90s. A headache would go away after about five minutes of use. Although she hates wearing the nasal cannula, my wife experienced the exact same results.

The Inogen unit has a four-hour battery and also plugs into a 12V power outlet so you don’t have to worry about running out. Because of the specifications, I would never use it at or above 12,500 feet and doubt that it meets FAA requirements. But it has been a great solution for my purpose under 12,500 feet and I monitor its performance with an oximeter as suggested.

Are others using a concentrator as a source of oxygen? Any issues or concerns?

We asked Dr. Brent Blue, AME, who was quoted extensively in Mike Hart’s article, to respond. Here’s what he told us:

“Portable oxygen concentrators (POCs) do work with caveats. An oxygen concentrator is basically a nitrogen sieve. It has a compressor which pumps ambient air through a cartridge which eliminates the nitrogen leaving the oxygen. There are two types—continuous flow and pulse dose. Pulse dose, which only administers oxygen at the start of inhalation, delivers less oxygen but has better battery time. Most concentrators work on 110v AC, 220v AC, and 12v DC in addition to rechargeable batteries.

“Here is the rub. First, POCs draw a fair amount of amperage and most GA aircraft circuits will not support the draw. (Oxygen To Go rents POCs to passengers for airline travel and the commercial jet power ports will not support the amperage required.) In addition, the units do generate heat and it is critically important that the inflow and outflow air channel be clear—e.g., you cannot just stuff POCs between the seats. The units cannot be shared, so there needs to be one for each passenger. The units run from $2000 to $3000. Do not be fooled into buying the cheap Chinese ones on Amazon. They do not work.

“Most importantly, due to density altitude, the purity of oxygen delivered goes down with altitude. The generally deliver 95-97 percent oxygen at sea level but drop to 92-93 percent at 6000 MSL. This drop is more than linear so care is advised.” 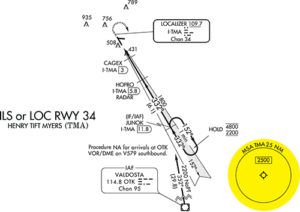 I found June’s article, “Cleared for the MSA,” an interesting and timely one since I am working on providing a ground training course on IFR procedures. I would have been as equally confused as Mr. Turner had I received the same response from ATC. 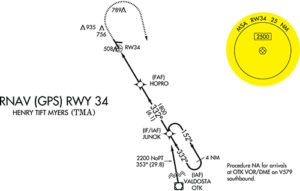 Your last sentence pretty much nails the point Tom Turner’s article was trying to make. We used the graphic comparing plan views for the ILS Runway 34 and RNAV (GPS) Runway 34 approaches at TMA to draw a contrast. That contrast is that one of the procedures (the ILS) publishes the MSA, but it’s only usable in an emergency. The RNAV procedure to the same runway includes the same MSA but it takes on greater significance because of the approach type.

The principal difference between the two is that the ILS procedure uses a ground-based navaid, the localizer/glideslope combination, plus feeder fixes also based on terrestrial facilities. Consequently, there are minimum reception altitude (line-of-sight) issues; the closer you are to the transmitters, the lower you can receive their signals. The RNAV procedure, however, uses GPS and there are no line-of-sight navaid reception issues. Accordingly, when executing the RNAV procedure and you are cleared for the approach, once you verify you are within the defined radius/sector of the fix used to define the MSA, you’re also in the terminal arrival area (TAA) and you may descend to that altitude.

As Tom wrote in that article, when “cleared for an RNAV approach, we should descend to the TAA’s minimum altitude, which is the MSA, as soon as we determine we are inside the defined area or subdivision of a TAA as published on the plate.” Hope this helps!